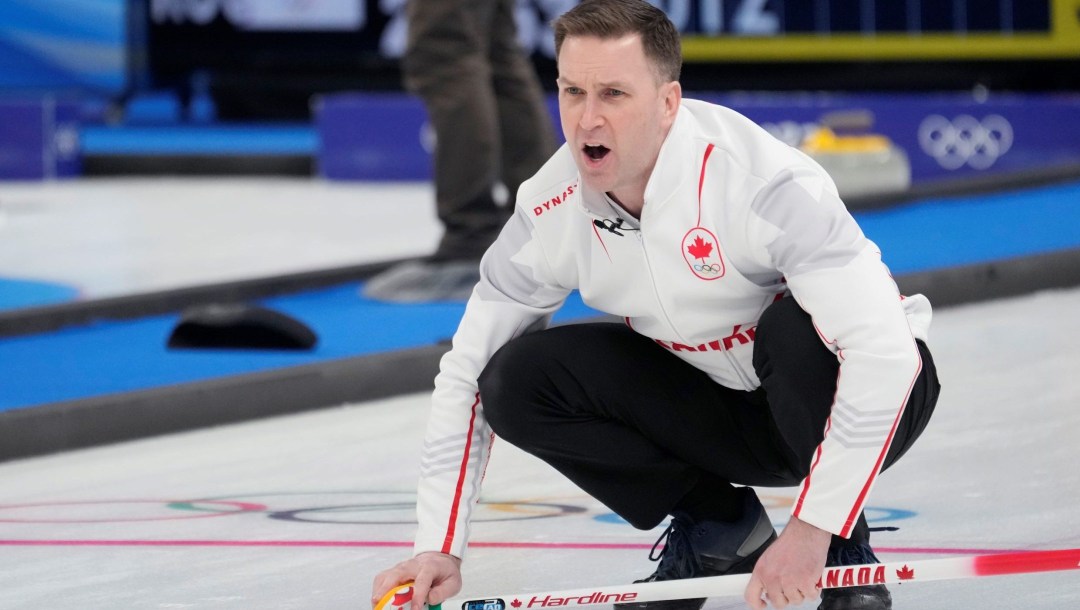 For the second straight game Brad Gushue and Team Canada scored in only two ends and it resulted in another loss, this time 7-4 to Niklas Edin of Sweden on Saturday afternoon in Beijing.

Edin, a five-time world champion looking to take the final step up the medal ladder from bronze at Sochi 2014 and silver at PyeongChang 2018 to his first gold medal, scored five singles – two were steals – and one deuce to remain unbeaten at 4-0.

Canada dropped to 2-2 and Gushue took full responsibility for the loss.

“That was a poor performance by me. I put that on my shoulders 100 percent,” he said after he missed numerous key shots that either allowed Sweden to score or prevented Canada from scoring. “That’s as bad a game as I’ve played in a long time. I felt I let the team down. They played well enough to win but I missed too many shots.”

Gushue, back in the Olympics for the first time since winning the 2006 gold medal, and Edin both had some struggles. Edin rolled out on a first-end double take-out try and ended up blanking the end. In the second he flashed a take-out and was forced to take one with the hammer.

In the fourth Gushue came up short of the house on a draw that allowed Sweden to steal one when Edin drew the edge of the button. But Gushue made a tight double in the fifth and after Edin rolled out again on a double, Gushue had an easy draw for two to tie the game.

Edin, third Oskar Eriksson, who won the bronze medal in mixed doubles with partner Almida de Val last week, second Rasmus Wranaa and lead Christoff Sundgren, came right back with two of their own in the sixth to regain a two-point edge. They added a steal of one in seven when Gushue’s long runback was offline and with the three-point lead played defensive the rest of the way.

“Slow start more than anything,” Team Canada third Mark Nichols said of the game. “Nik and Oscar made some great hit and rolls to get them out of trouble. And when we had our chances we kind of let them off the hook with either a half shot or full miss.

“We knew coming in everyone would play us tough and we would have to make shots. Right now we’re just not making enough. We have to dial in our weights and be more precise. We can’t go out there and have loose shots because that’s what killing us right now, those lose shots each game.”

Edin found his game and eventually finished with a 76 percent shooting average while Gushue remained just off his game, finishing at 57 percent.

Edin has been a thorn in the side of Canadian curlers for years, except when it comes to Gushue. The Newfoundland and Labrador skip, backed by Nichols, second Brett Gallant and lead Geoff Walker, went into the game with a lifetime record of 21-7 in head-to-head matches with Edin and had won their previous four meetings.

Canada made the score interesting with two in the eighth end but Edin made two perfect draws to the button in the ninth and tenth ends to give Sweden the win. Canada did have one final, slim chance to tie the game in the tenth but Gushue’s tight, pick double was wide.