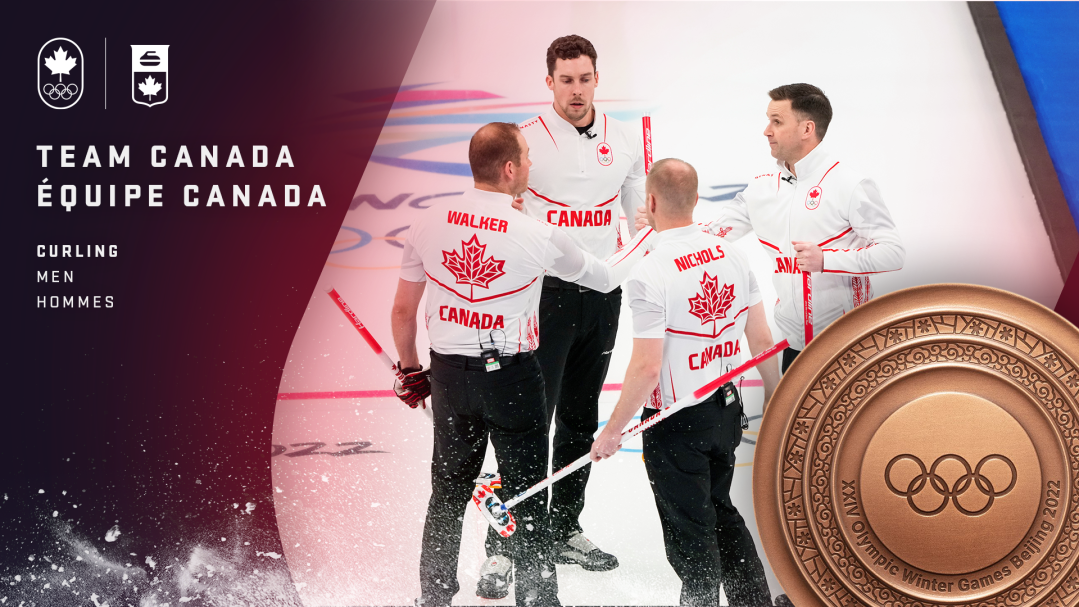 Brad Gushue and Mark Nichols are back on the Olympic podium after 16 years, winning the bronze medal at Beijing 2022 alongside Brett Gallant and Geoff Walker, as well as their alternate Marc Kennedy.

Team Canada, with the hammer, started strongly, scoring two in the first after a short runback hit and stick by third Nichols split the house. They then forced Shuster and Team USA to take one in the second when Shuster rolled out on a hit and stick, allowing Canada to set the house so the U.S. skip had to draw for one.

As sharp as they were in the first two ends, Canada was sloppy in the third and fourth. A number of half shots and missed sleeping calls allowed Shuster to dictate the two ends, forcing Gushue to take one in the third and then scoring two in the fourth to tie the game.

Typical of Canada’s issues was the end result in the fifth. After a couple of early misses, Gushue elected to blank the end to switch the hammer to even ends for Canada. But after an exchange of hit and roll out shots, Gushue got a nose hit with his final stone and took the point.

Given the gift of the hammer and with third Christopher Plys and second Matt Hamilton outperforming Nichols and second Gallant, the U.S. got its deuce in six when Gushue was forced into trying a flat double and got only one counter.

Gushue flashed with his first stone in seven but executed a tight double and rolled out to get the blank he wanted in seven. That gave Canada the important hammer for the last two even ends.

That paid off with two in the eighth to regain the lead. Gushue had a choice with last rock: try an in-out with the potential for four or a tough draw for three. He elected to draw and was inches heavy and settled for the deuce.

Nichols made a key hit and roll to the button shot in nine that ultimately led to Shuster trying a tight tap back to score two. But he was slightly off line and left Canada with a steal of two and an 8-5 edge heading into the 10th. Once the Canadians ran the Americans out of stone, the two teams shook hands.

Gushue and Nichols had won gold in their first Olympic appearance at Turin 2006.