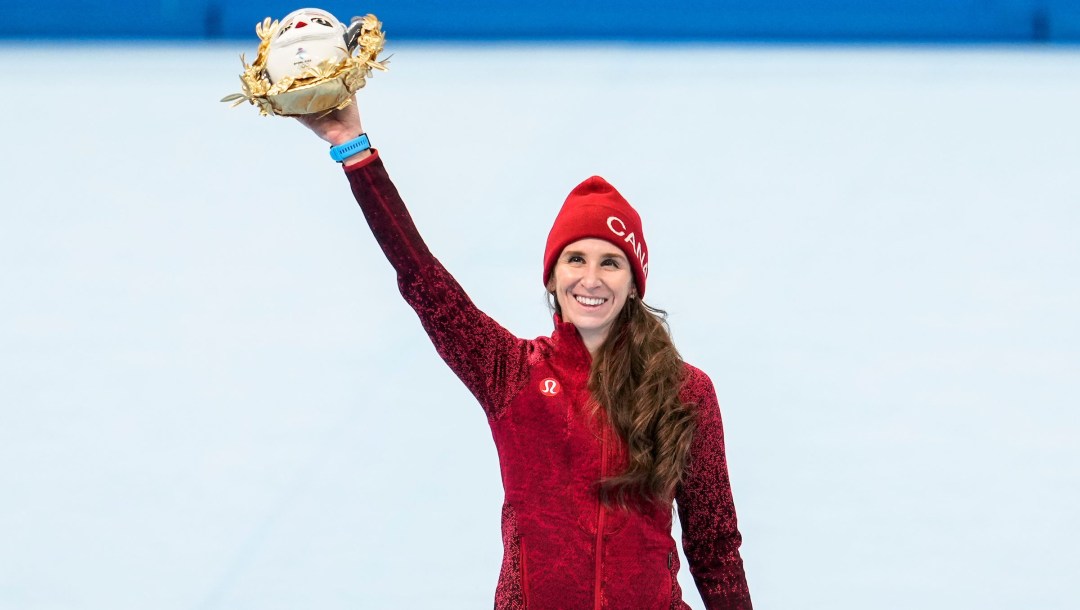 It has been a long road for Ivanie Blondin, but once she charged to the front of the pack in the women’s mass start final, she didn’t look back until she crossed the finish line as an Olympic silver medallist.

“I’m really happy, getting on the podium is an honour for me,” said Blondin. “It is nice to finally get an individual medal. It has been a long and winding road for me and I am just really happy at this point to bring a medal back for my country.”

A podium favourite in the event at PyeongChang 2018, Blondin fell in the semifinal and returned home with her confidence shattered after not winning a medal in any of her Olympic races. But having built that confidence back in the years since, Blondin finally found her way to the podium at Beijing 2022.

A two-time world champion in the mass start in 2016 and 2020, Blondin can now also call herself a two-time Olympic medallist as well. Her mass start silver medal will accompany her back to Canada along with her gold medal from the women’s team pursuit.

She stood on the podium alongside gold medallist Irene Schouten of the Netherlands and bronze medallist Francesca Lollobrigida of Italy after an exciting race down the final stretch of the final. And when the race was all said and done, Blondin admits it was fitting that it would be them on the podium together at the Olympic Games.

“Me, Lollo and Irene have shared the podium so many times these past eight years, so it’s nice, the three of us,” said Blondin. “I had an interview a couple of days ago and they asked who I’d like to be on the podium with, and I said Lollo and Irene. It’s been such a long battle between us.”

Waiting for her opportunity and timing her jump to the front on the last of 16 laps around the oval, Blondin describes the race as being a physical one. She was able to hold her position and execute her plan throughout the contact, even using it to her advantage.

“There was a lot of jostling and a lot of hand grabs,” said Blondin. “I got grabbed by my hips and pulled back. I’m not sure which skater did it but I fought for my position. It fires me up when these things happen. I am very competitive and don’t back down from a fight.”

It might have been a long journey for Blondin to finally stand on the Olympic podium, but even after her third Olympic Games, the 31-year-old hopes to continue to be a role model for her ability to bounce back from her struggles.

“I hope I can inspire people in the future,” said Blondin. “When things aren’t going great, it’s in your control to turn it around and try to make it great.”