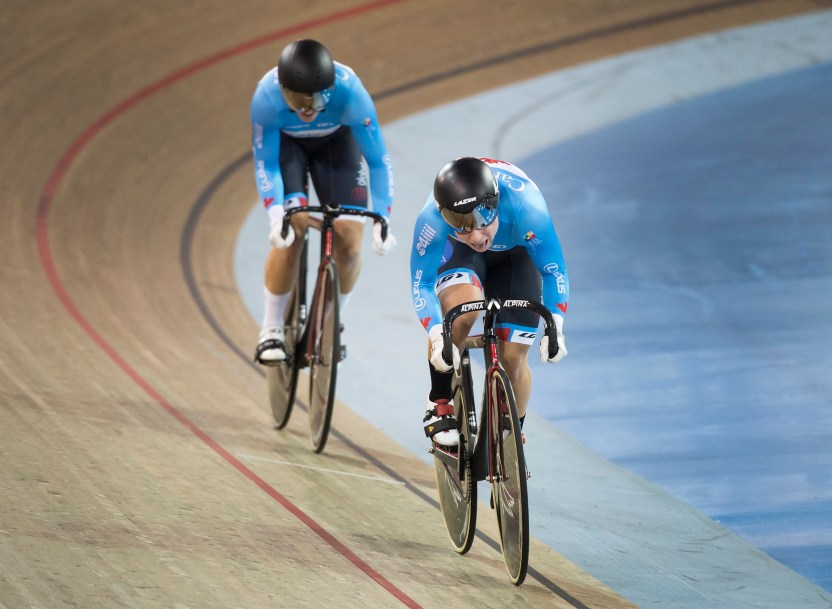 Mitchell, Genest and Orban claim silver at the Nations Cup in Glasgow

The Canadian trio jumped into the top spot early on after posting a time of 47.714s in the qualifiers. In the next round, they were pitted against Team Colombia. They had the upper hand throughout the race and ended with a time of 47.406s besting the Columbian’s 48.124s to secure their spot in the gold medal final.

In the final, Mitchell, Genest and Orban were edged out of the top spot by the team from the Netherlands of Laurine Van Riessen, Kyra Lamberink and Hetty Van der Wouw. Taking the lead early on in the race, the Dutch crossed the line with a time of 47.461s to finish ahead of the Canadians who clocked in at 47.820s.

The team from Wales claimed bronze ahead of one of the two teams competing for Great Britain.

The Nations Cup will continue until Sunday in Glasgow as the track cycling action heats up.