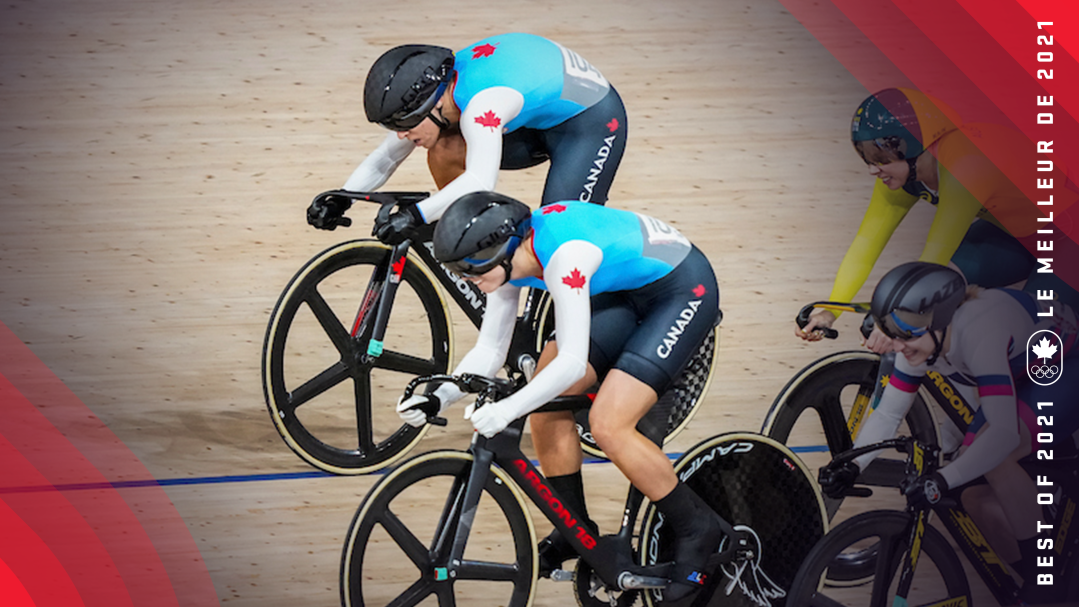 Kelsey Mitchell’s road from varsity soccer player to Olympic track cycling champion in just four years was an inspiring story of dream-chasing for all Canadians to witness. In her first Olympic appearance, the 28-year-old captured gold in the women’s sprint on the final day of competition.

The medal-winning duo garnered a lot of attention over the summer for their friendship. Both Mitchell and Genest were scouted by Cycling Canada through RBC Training Ground.

Here’s a recap of the rise of Team Canada’s newest cycling stars:

The first Olympic event for the first-time Olympians was the keirin. Pitted in the same semifinal, they both advanced to the six-woman final. Genest came through with Canada’s first ever Olympic medal in the event while Mitchell finished fifth as both of them beat the previous Canadian best-ever Olympic result.

In the sprint, the two Canadians ended up in a head-to-head showdown in the quarterfinals. Mitchell won to move on to the semis, where she took down the reigning world champion before dominating the final to become Canada’s second ever Olympic champion in track cycling.

Mitchell proved her Olympic medal was no fluke as she emerged from the Games as one of the world’s strongest sprints cyclists. In October, she won her first career world championship medal, claiming bronze in the women’s sprint. Who did she have to beat to reach the podium? None other than Genest as they ended up in the head-to-head showdown for third place.

Mitchell ended a 17-year Olympic gold medal drought for Canadian track cyclists at Tokyo 2020. But based on her and Genest’s performances this year, the future is bright and perhaps the wait for the next gold won’t be quite so long.