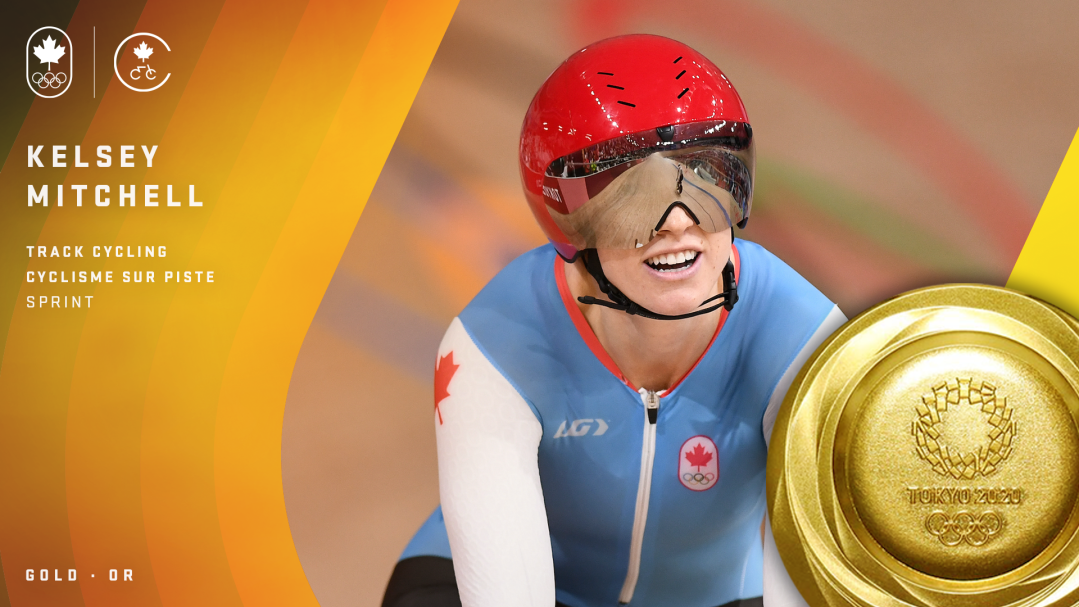 On the final day of Tokyo 2020, Kelsey Mitchell has won gold in the women’s sprint at the Izu Velodrome.

Mitchell’s day started with the best-two-of-three races semifinals, in which she was pitted against Emma Hinze of Germany, the reigning world champion in the sprint. In their first race, Mitchell powered around the last corner to get past Hinze and beat her to the line. In the second race, Hinze made an earlier move to pass Mitchell and held off the Canadian to even up the semifinal at one win apiece, sending it to a third race.

In that deciding race, Hinze was designated as the lead rider, but during the early cat-and-mouse portion of the three-lap race, Hinze slowed, almost forcing Mitchell to move to the front. Mitchell didn’t let that affect her, as she took control and easily out-sprinted Hinze to the line, putting her in the gold medal race against Olga Starikova of Ukraine.

In that gold medal showdown, Mitchell was the designated leader for the early portion of the first race and kept a close eye on Starikova over her shoulder. With just over a lap to go, Mitchell took off in her sprint and got to the line first, recording the all-important first victory.

In the second race, Mitchell was the trailing rider, but with about two laps to go, she swooped down the track to pass Starikova and maintained her speed through the finish to get the second victory.

This is Canada’s second track cycling medal of the Games, following the keirin bronze won by Lauriane Genest. The only other time Canada won two track cycling medals in one Olympic Games was 25 years ago at Atlanta 1996 when Brian Walton won men’s points race silver and Curt Harnett won men’s sprint bronze.

Mitchell increases Team Canada’s overall medal total at Tokyo 2020 to 24, second-best all-time behind only the 44 won at Los Angeles 1984 which was boycotted by the Soviet Union and 13 other countries. Canada last won seven gold medals at Barcelona 1992.