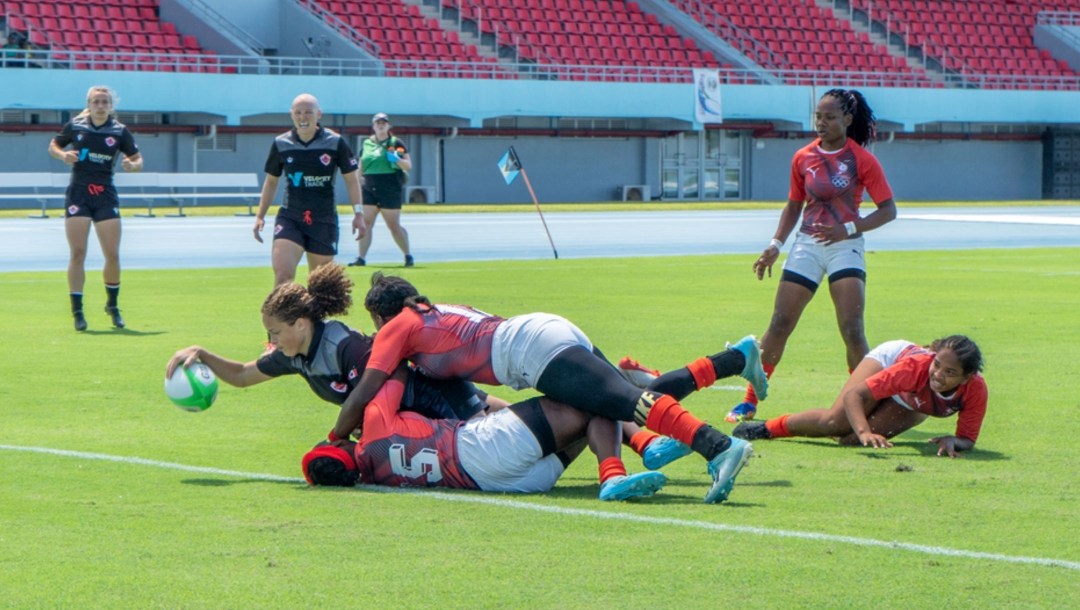 Team Canada’s men’s and women’s rugby teams punched their tickets to South Africa for the Rugby World Cup Sevens after cup final wins at the RAN Sevens Qualifiers in Nassau on Sunday.

The men’s team started the competition strong, winning their first two divisional matches against Trinidad and Tobago and the British Virgin Islands. They rolled on to the quarter-finals where they downed Barbados.

Keeping on with the momentum, they handled Mexico in the semi-finals which set up a match with Jamacia for the gold medal. In a one-sided 29-0 first half, Team Canada was en route to the cup. While Jamaica proceeded to make a push in the second half, it would ultimately not be enough as Canada went on to win 29-12.

Their respective victories allowed Team Canada to qualify for the Rugby Sevens World Cup to be held in Cape Town, South Africa, from September 9 to 11. In addition, both teams were also prequalified for the Birmingham 2022 Commonwealth Games.