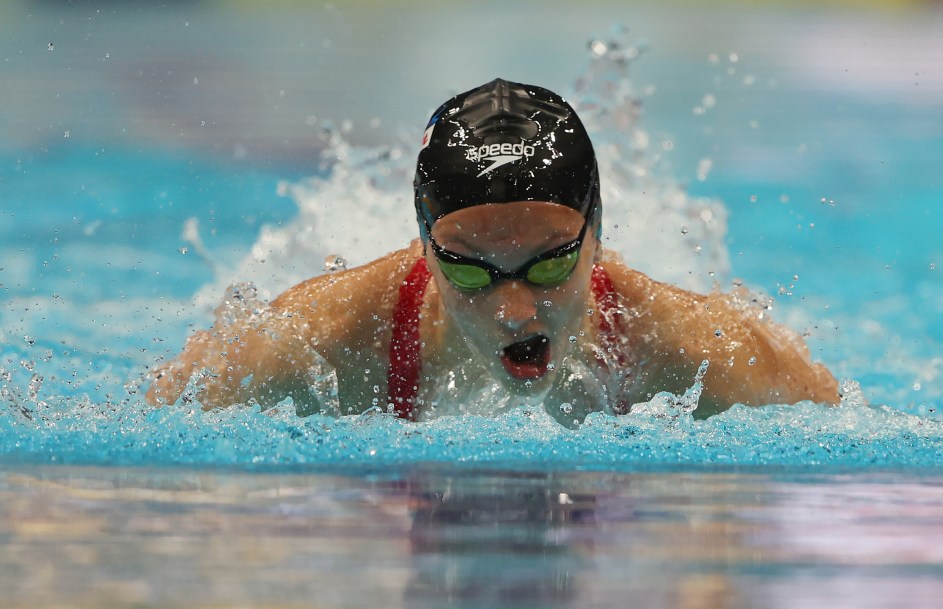 Fifteen-year-old Summer McIntosh highlighted another successful day for Team Canada at the 2022 FINA World Aquatic Championships in Budapest, Hungary as she swam to gold in the women’s 400m individual medley.

McIntosh, who claimed her second gold and fourth medal of the 2022 championships, narrowly beat out American Katie Grimes to set a new world junior record with a time of 4:32.04. Grimes touched the wall less than a second later at 4:32.67, while fellow American Emma Weyant won bronze (4:36.00).

“I only try to think about my own expectations I have… and I think I’ve accomplished that and met my expectations when it comes to splits and how I’ve been swimming them and pushing my body as hard as possible so I’m overall really happy,” McIntosh said following her win.

The Tokyo 2020 Olympian was especially quick off the blocks, swimming at a world record pace through the first 200 metres.

“I think that’s part of the adrenaline that comes from the crowd,” McIntosh said. “Also just trying to keep up with the people beside me, obviously, and stay within the race.”

Team Canada wrapped up the day with a bronze medal as Kylie Masse, Rachel Nicol, Maggie Mac Neil and Penny Oleksiak finished third in the women’s 4x100m medley (3:55.01). The Americans won gold in 3:53.78 while the Australian quartet took silver in 3:54.25.

Oleksiak, who holds the distinction of Canada’s most decorated Olympian, claimed her ninth world championships medal and surpassed Ryan Cochrane as the most decorated Canadian swimmer at the event.

“It’s pretty obvious I think, at this point, that I wouldn’t be where I am without the team,” Oleksiak said of her new title. “I think I’m really lucky to be a part of Team Canada.”