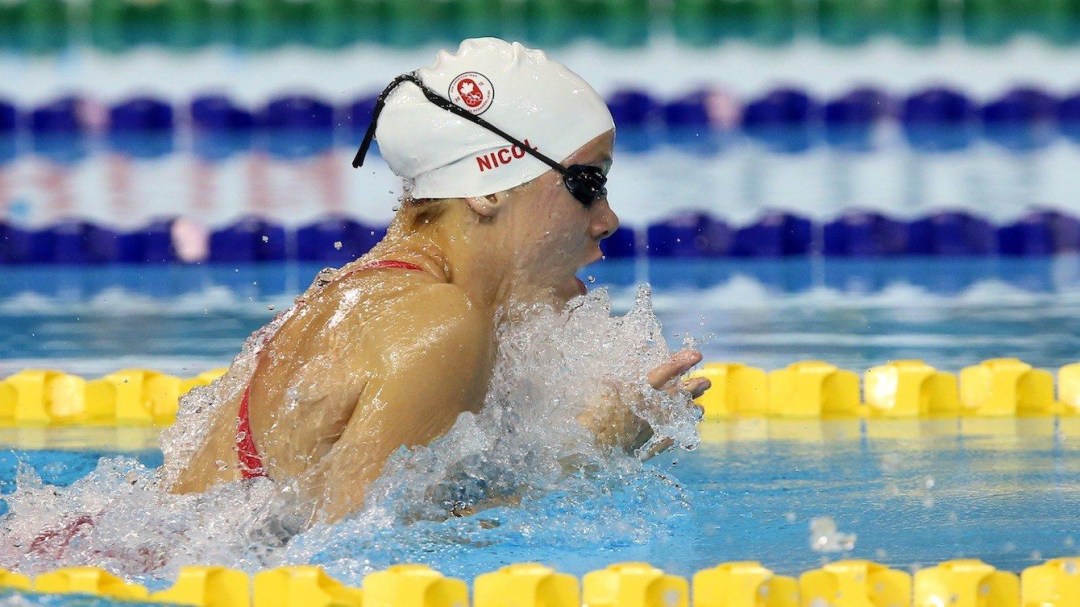 Family: Parents Chris and Lorraine Nicol… Brothers Jeffrey and Alastair… Dual citizen with the United Kingdom due to her Scottish father who was a competitive swimmer at Queen’s University… Getting into the Sport: Started swimming at age 4, taught by her parents… Outside Interests: Studied Applied Physiology and Sport Management at Southern Methodist University… Odds and Ends: Inspired by the racehorse, Seabiscuit… Favourite movie: Gladiator… Listens to rock music before competing… Favourite band is the Rolling Stones… Pre-race meal is couscous and ground beef…