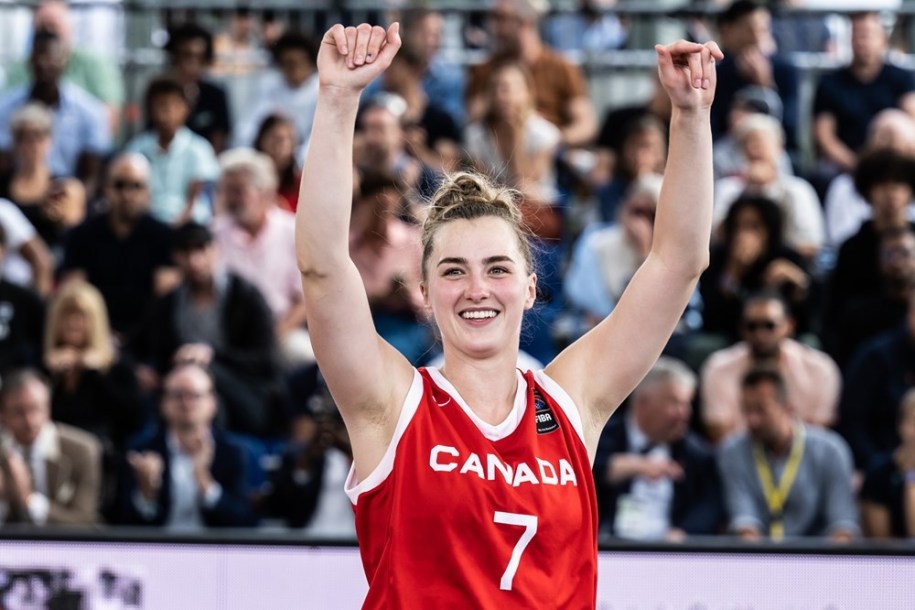 The Canadian Women’s 3×3 team claimed a historic silver at the FIBA Basketball World Cup 2022. They dropped a 16-13 decision to France in the final game in Antwerp, Belgium on Sunday.

This was the debut appearance for the 13th-ranked Canadian 3×3 team, composed of Kacie Bosch, Paige Crozon, Katherine Plouffe and Michelle Plouffe. They collected Canada’s first-ever silver medal at the FIBA 3×3 World Cup.

The French team started strong, but the Canadians stayed on their heels. France led 15-13 when France’s Marie-Eve Paget went to the foul line with 3.1 seconds on the clock. Missing her first free throw, she made up for it on the second to win the country’s first women’s title and first medal since France picked up silver at the inaugural tournament in 2012.

The Canadian women’s 3×3 team advanced to the finals after taking down Lithuania 16-14 in the semifinals in Antwerp, Belgium. Canada lead by as many as nine points with just under four minutes remaining. With under 10 seconds remaining, Michelle Plouffe missed a layup but a key block in the final seconds secured the victory.

On Saturday, Canada defeated top-ranked Germany 22-13 in the Round of 16, before knocking off the United States 14-10 in the quarterfinals. 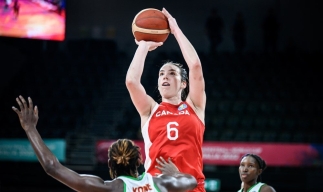