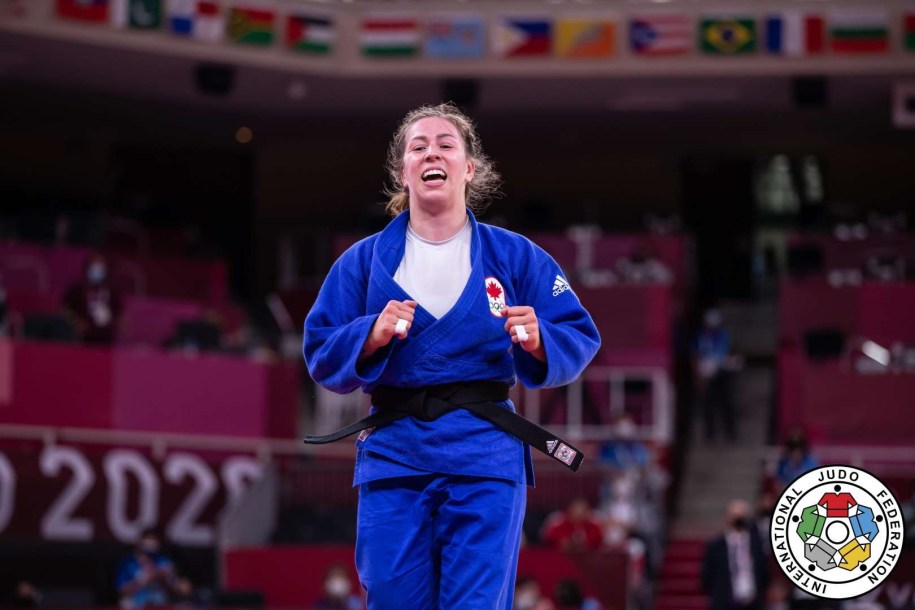 In what was supposed to be a rematch of the bronze medal bout at Tokyo 2020, Venezuelan Anriquelis Barrios was unable to compete due to injury, giving Beauchemin-Pinard the top spot on the podium. Beauchemin-Pinard’s victory came on the heels of fellow Canadian Christa Deguchi’s gold medal win in the women’s -57kg category on Friday.

READ: Deguchi battles to gold at the Judo Grand Prix in Zagreb

It was a tough path to the final for Beauchemin-Pinard, who overcame Gankhaich Bold of Mongolia in her last preliminary match to win Pool D, and then defeated Ketleyn Quadros of Brazil in the semifinal to have a shot at gold. Bold and Quadros both went on to earn bronze medals.

The victory marked the second career Grand Prix gold for the Montreal, Quebec native, whose first win came back in 2014 while she was still competing in the -57kg category. Beauchemin-Pinard has now earned nine career medals at Grand Prix competitions.