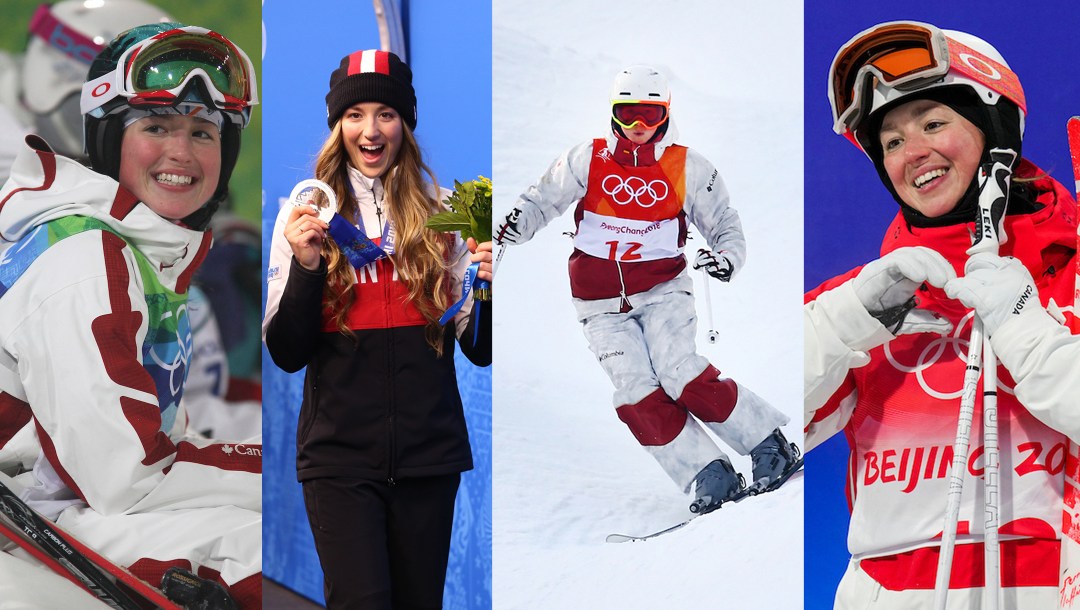 Chloé Dufour-Lapointe has announced her retirement, closing the chapter on an international moguls career that spanned more than 15 years.

At Beijing 2022, she became Canada’s first female freestyle skier to participate in four Olympic Games. During her career, Chloé had plenty of impressive results, but they weren’t the only thing we came to know her for. Her endearing personality and various projects off the ski hill helped us learn so much about her.

Let’s take a quick look back:

Chloe made her Olympic debut when she was just 18. She finished fifth in women’s moguls at Vancouver 2010.

It was at Sochi 2014 that this moguls skier found the Olympic podium, claiming the silver medal to stand one step below her younger sister Justine. The two Canadian women became just the third sister duo ever to finish 1-2 in the same Winter Olympic event. Who doesn’t remember the photos of them beaming at each other, holding hands as they waited for their moment?

The Olympic Games were not the only competitions where the middle child of the Dufour-Lapointe family has stood out from the crowd. She has two world championship medals in the dual moguls event, winning silver in 2011 and gold in 2013.

Chloé has 27 World Cup podiums to her name. She finished third overall in the 2013-14 and 2014-15 seasons before getting her hands on the Crystal Globe as the overall World Cup champion in 2015-16. It was in January 2016 that Chloé and her sisters Maxime and Justine swept the podium at a World Cup in Val Saint-Côme, Quebec to make a little history.

In her third Olympic appearance at PyeongChang 2018, Chloé finished 17th, a result that disappointed her and made her question her passion for her sport. But she put those doubts aside and continued to push herself towards Beijing 2022. There, she reached the second run of the final and finished ninth overall. In an Instagram post, she noted that even without a medal she had achieved her dream: “I proved to myself one thing: a fire is never extinguished as long as we continue to believe in it!”

Beyond Being an Athlete

Chloé knows how to comfort

She had a good performance in the bumps at Beijing 2022, but Chloé also stood out at the bottom of the hill too. After Justine took a hard fall during the first run of the final, Chloé was there to give little sis the big hug she needed. We all wish we had such a big sister to cheer us up when things don’t go as planned.

Chloé has an artistic side

Chloé is sensitive to all things beautiful. Whether it’s the breathtaking landscapes she encountered during her travels during training camps or the museums she discovered all over the world, she never misses a chance to stop and appreciate what is around her.

Chloé has a passion for fashion

For Chloé, it’s a pleasure to prepare and choose clothes for TV appearances or fundraising events in which she participates. She also loves fashion photoshoots, like the one below for a prostate cancer awareness campaign.

And fashion for her is more than a hobby; she made it her field of study by choosing to pursue a bachelor’s degree in management and fashion design at UQAM.

It’s most likely something you didn’t know about Chloé (unless you read her bio here) but her family and friends call her Coco.

Boats have always been part of her life

This summer, Chloé took advantage of her vacation to go boating. Her family has always enjoyed spending time on the water, with their parents introducing the three sisters to sailing at a young age. There is a good chance you’ll find her floating on a boat somewhere while she takes in a moment to appreciate all she has accomplished in her life so far!

After a brilliant career on the slopes, we can’t wait to see what Chloé will do in the future.