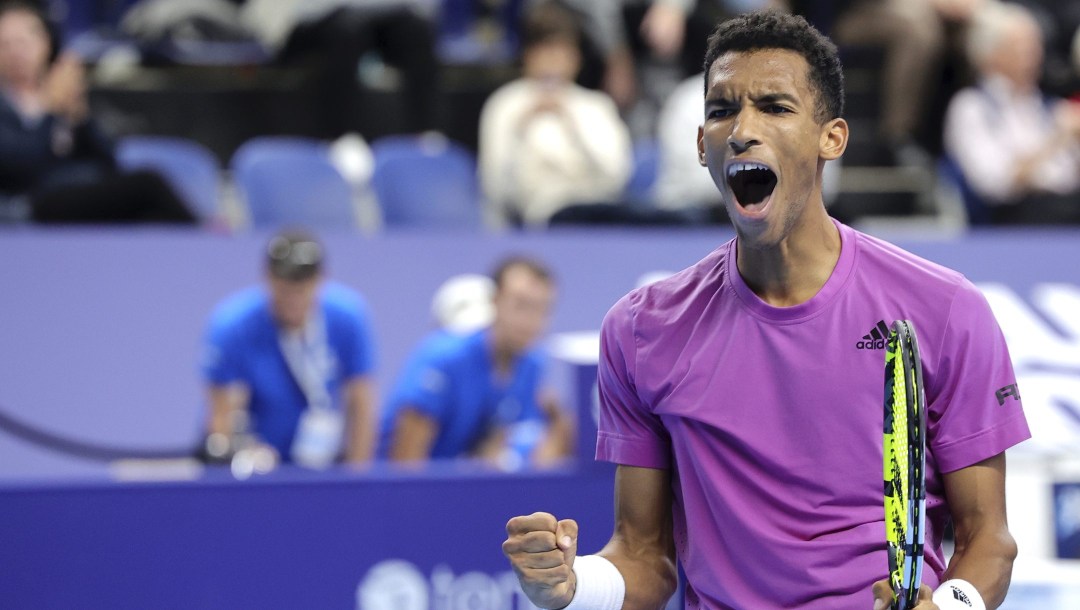 At the European Open in Antwerp, Belgium, an ATP 250 event, Félix Auger-Aliassime defeated world no. 36 American Sebastian Korda in the final to collect his third singles title on the ATP circuit. In their third meeting, the Canadian claimed top honours after a 6-3, 6-4 victory.

The Montreal native has split his two previous meetings with Korda, earning a victory over the American on the outdoor hard courts of Acapulco last year.

Second seeded Auger-Aliassime earned his first service break at 3-2 in the first set, hitting a stunning forehand passing shot up the line to secure the lead. The three-time ATP Tour titlist did not relinquish control of the match after that.

He controlled the play with his big serving, but also changed the rhythm with timely drop shots. Korda, who was seeking his second ATP Tour title, struggled to convert on opportunities.

“It’s another great week. I played some great tennis and really fought hard to stand here in front of you today, so big shoutout and thank you to my team,” Auger-Aliassime said during the trophy ceremony. “My coach and my physio [are] here and my whole family that came all week, so thank you very much, it’s been a great week.”

This marks the twelfth ATP final of his career. Auger-Aliassime is coming off his second ATP Tour victory last weekend at the Firenze Open, where he defeated American J.J. Wold in the final.

With today’s win, Auger-Aliassime also extends his win streak to eight matches, six are victories in straight sets, and further solidifies his seventh-place position in the Race for Turin as he attempts to qualify for his ATP Finals debut. He now has a 340-point lead over eighth-placed Taylor Fritz.

Auger-Aliassime currently holds the final qualifying position because 10th-placed Novak Djokovic has guaranteed his place under the Grand Slam champion provision, which awards entry to a current-year major winner who finishes between eighth and 20th in the live race.

In the semifinals, Auger-Aliassime edged out French veteran Richard Gasquet in two tiebreak sets of 7-6(2), 7-6(3) to reach his second final in as many weeks. The Canadian put on a serving clinic, highlighted by 22 aces and winning 85 per cent of his first serve points.

Auger-Aliassime will travel to Basel, Switzerland to compete in the ATP 500 event from October 24 -30. He is the third seed behind Carlos Alcaraz and Casper Ruud. He will take on Swiss wild card Marc-Andrea Heusler in the opening round.