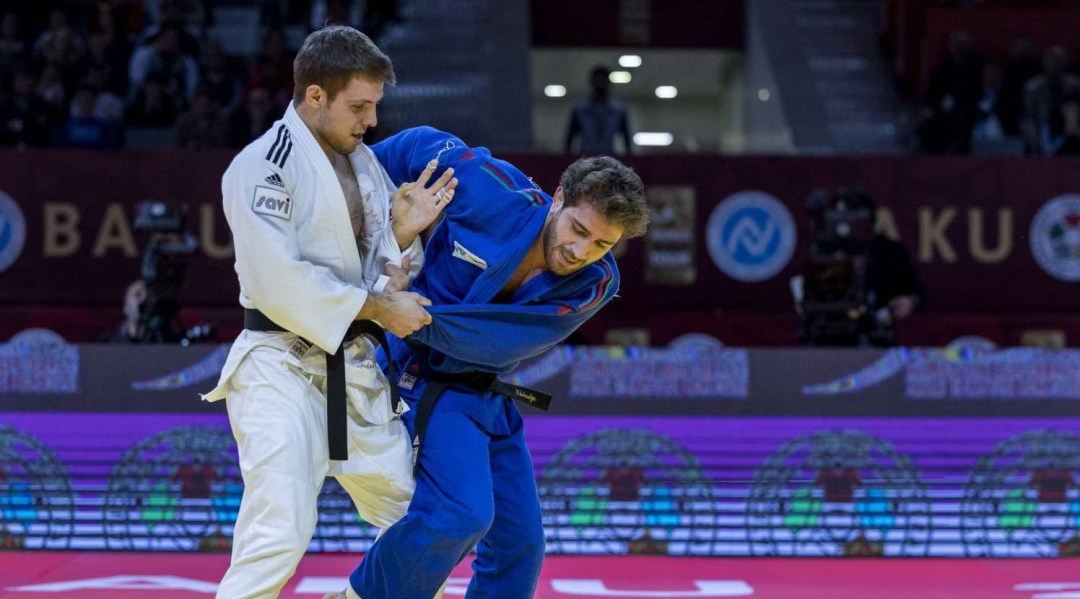 It is the sixth career Grand Slam medal won by the Canadian, but first since April 2021. To date, he has four Grand Slam silver medals and two bronze medals. Margelidon is currently ranked 15th in the world.

Margelidon took down Georgia’s golden boy and No. 1 seed Lasha Shavdatuashvili to win his pool and knock Shavdatuashvili into the repechage. The three-time Olympic medallist couldn’t match the Canadian today, who was prepared to fight his best. Shavdatuashvili was late to the exchanges and didn’t catch up no matter how hard he tried.

That set up a semifinal match with Murodjon Yuldoshev of Uzbekistan. He was also overturned by the Canadian, just like Shavdatuashvili. Margelidon went on to fight for the gold medal. In front of a loud crowd, he took on Azerbaijan’s Hidayat Heydarov on Saturday. No. 2 seed Heydarov used a sharp and timed kata-guruma to throw for ippon.

The first bronze medal went to Abdul Malik of Belgium and the second to Shavdatuashvili.

On Friday, Christa Deguchi made her return to an IJF Grand Slam podium, winning gold in the women’s 57kg final. She captured her seventh career Grand Slam medal, but first since April 2021.

The Grand Slam continues on Saturday November 6 in Baku, Azerbaijan.