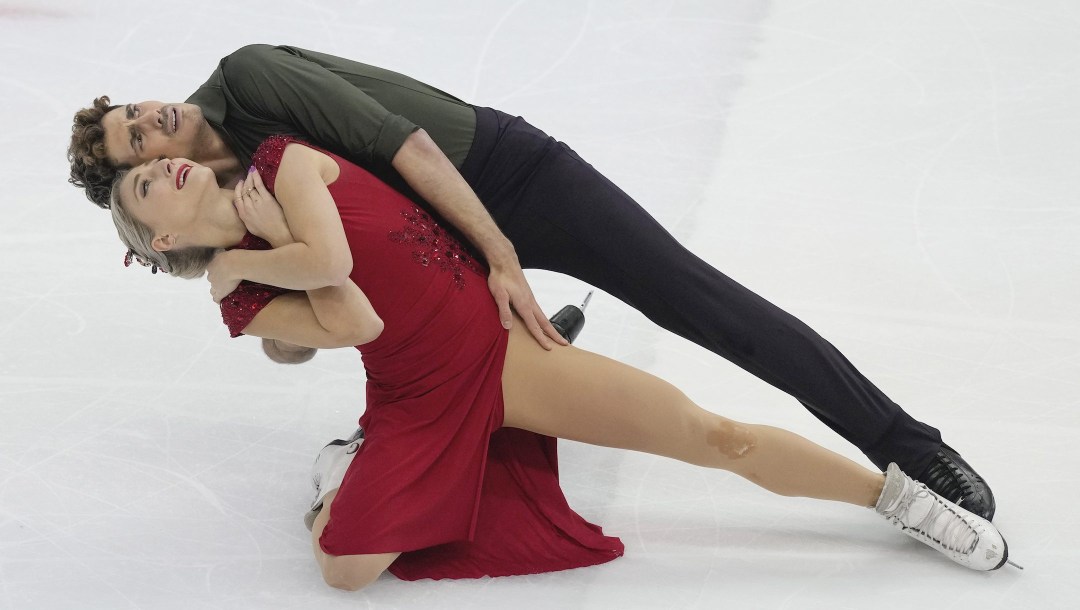 The pair scored 129.71 points in their free dance program to music from the musical Evita, for an overall total of 215.64. They collected a level four for the lifts, twizzles and dance spin, while the circular step sequence received a level two.

That gave them the victory over Americans Madison Chock and Evan Bates who finished in second with a score of 211.94 points. Italy’s Charlene Guignard and Marco Fabbri captured bronze (206.84).

Gilles and Poirier have never climbed the podium at the Final, finishing fifth in both 2014 and 2019. They won both their Grand Prix assignments this season, first Skate Canada International followed by the Grand Prix in Finland.

The 2021 ISU World bronze medallists captured the lead in the Rhythm Dance on Friday, with the Americans and Italians close behind in second and third place respectfully. The Canadians put out a precise performance to the Cha Cha “Do What I Do”. They picked up a level four for the twizzles and the rotational lift, while the pattern dance step sequence and the midline step sequence were rated a level two.

“I think it’s so nice to have all the teams so close together and really make it a competition,” Poirier said. “I think everyone here in this field is so good and so strong and it makes it an exciting and great event for the audience.”

In the pairs competition, Deanna Stellato-Dudek and Maxime Deschamps ended their season in fourth place with an overall score of 184.28 on Friday.

Sitting in third position after the short program, the Canadian duo unfortunately made some costly mistakes in the free skate that saw them slip off the podium. Italians Sara Conti and Niccolo Macii took the opportunity to secure the bronze medal with a cumulative of 187.02, 2.74 points ahead of the Canadians.

Riku Miura and Ryuichi Kihara of Japan (214.58) were crowned champions while the Americans Alexa Knierim and Brandon Frazier took the silver medal.