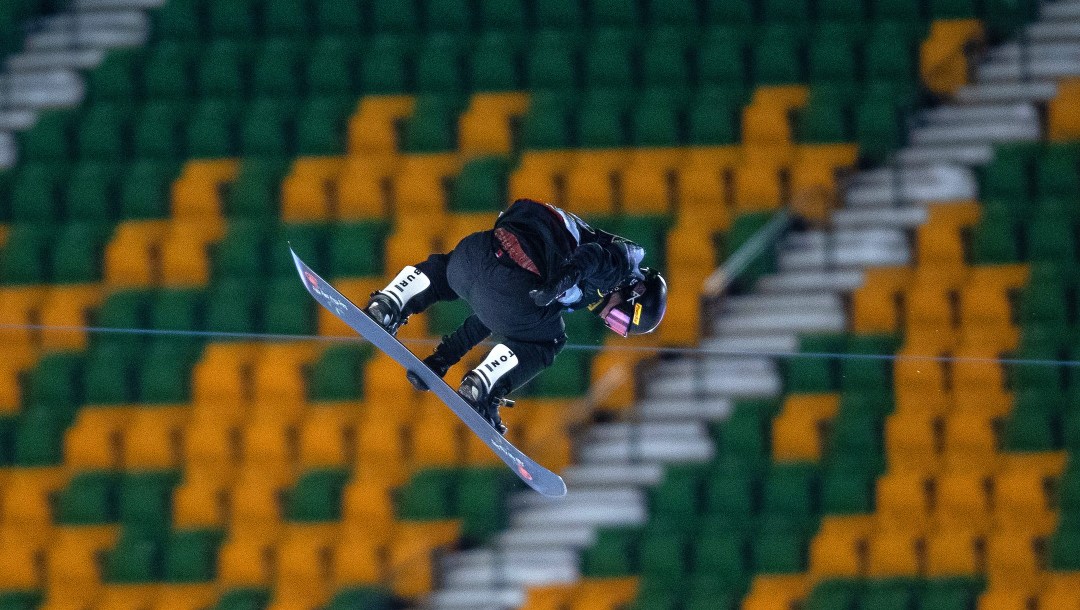 On Saturday night, the Beijing 2022 Olympian posted a combined score of 159.50 to secure her sixth career podium on the World Cup circuit.

Baird set the tone early, coming out of the gate with a cab double underflip 900 that thrilled the home crowd. The top-qualifier Reira Iwabuchi of Japan went down in the landing of her frontside double cork 900, sending Baird into the second run with a sizeable lead.

The Canadian then stomped an exceptionally clean, large backside 720 weddle to secure a two-jump score of 158.50. She went into the final run of the evening in top spot and with final-drop honours. When none of the other competitors could reach her score, Baird was granted the first victory lap of her career. She put down the backside 720 once again for a one-point bump up to 159.50.

“This honestly means so much to me,” Baird said, “First World Cup win, and to do it in Canada, with my dad here watching…this is the first time he’s ever seen me ride in person at a World Cup and I’m just so hyped that he was here for this one. To be here, with this crowd, in Canada, I’m so hyped. This is such a sick night.”

This is Baird’s second World Cup medal of the season. Back in October, she flew to a bronze medal at the first event of the FIS Big Air Skiing and Snowboard World Cup season in Chur, Switzerland.

In the men’s competition, crowd-favourite Nicolas Laframboise claimed his first World Cup medal of the season. He won the bronze medal after landing a two-jump combined score of 168.00 in the final. The 22-year-old landed a massive frontside triple cork 1440 weddle and a backside triple cork 1620 weddle.

Australian Valentino Guseli claimed the top spot on the podium with 172.50 points. Chris Corning of the USA finished with silver and a two-jump combined score of 172.00.

From Edmonton it’s straight down to Copper Mountain, USA, for more big air action and the first halfpipe World Cup of the season coming up next week.