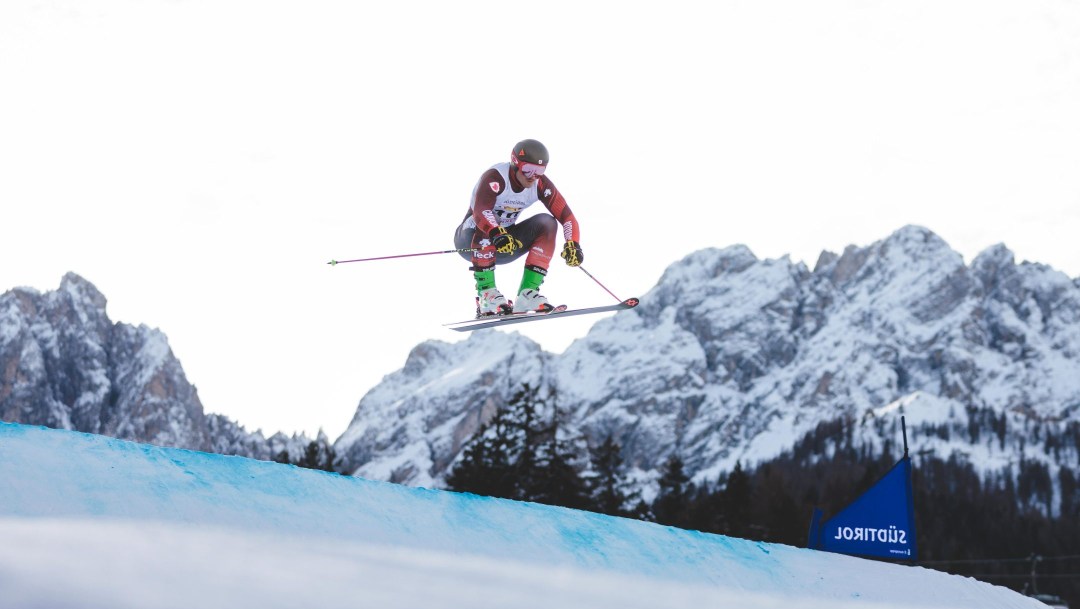 After finishing second on Wednesday at the Ski Cross World Cup in Innichen, Italy, Howden was determined on the second day of competition to improve his result. Improve it he did, winning the final on Thursday to earn his first victory of the season and the seventh World Cup gold medal of his career.

Unlike the day before when he was accompanied by two of his teammates in the Grand Final, Howden was this time the lone Canadian amongst the four finalists.

He imposed himself from the start, excelling to quickly take the lead in the race and never look back. At the finish line, Howden edged Japan’s Ryo Sugai, the silver medallist, by 0.57 seconds. Germany’s Niklas Bachsleitner won the bronze.

Adding this gold medal to the silver won the day before, Reece Howden now has 12 career World Cup podiums.

This victory allows him to climb into first place becoming the current men’s ski cross World Cup leader for the 2023 season. Skiers will now enjoy a break from competition for a few weeks. The World Cup circuit will resume after the holidays in Idre Fjall, Sweden on January 20.

On the first of back-to-back race days in Innichen, Italy, ski cross racers Howden, Brady Leman, and Marielle Thompson all made their way to the World Cup podium.

Howden and Leman claimed silver and bronze, respectively, in the men’s race while Thompson took the bronze in the women’s race.

The men’s big final was almost completely Canadian. Kristofer Mahler had also advanced through the rounds and finished fourth. But it was the lone non-Canadian of the four finalists, Austrian Mathias Graf, who reached the bottom of the course first to take the gold medal.

This is Howden’s second straight silver on the World Cup circuit and the 11th World Cup podium of his career. He currently sits second in the overall World Cup standings for ski cross. Leman, the 2018 Olympic champion, stood on a World Cup podium for the first time since March and now has 31 career World Cup podiums.

The women’s race was won by Swede Sandra Naeslund, the reigning Olympic champion who has captured gold in all four World Cup events so far this season. She just beat out Fanny Smith of Switzerland for the victory. Thompson edged out another Swede, Linnea Mobaerg, for the bronze.

Thompson has now reached the podium in three of the four World Cup races this season and has bumped her career total to 55 World Cup podiums.