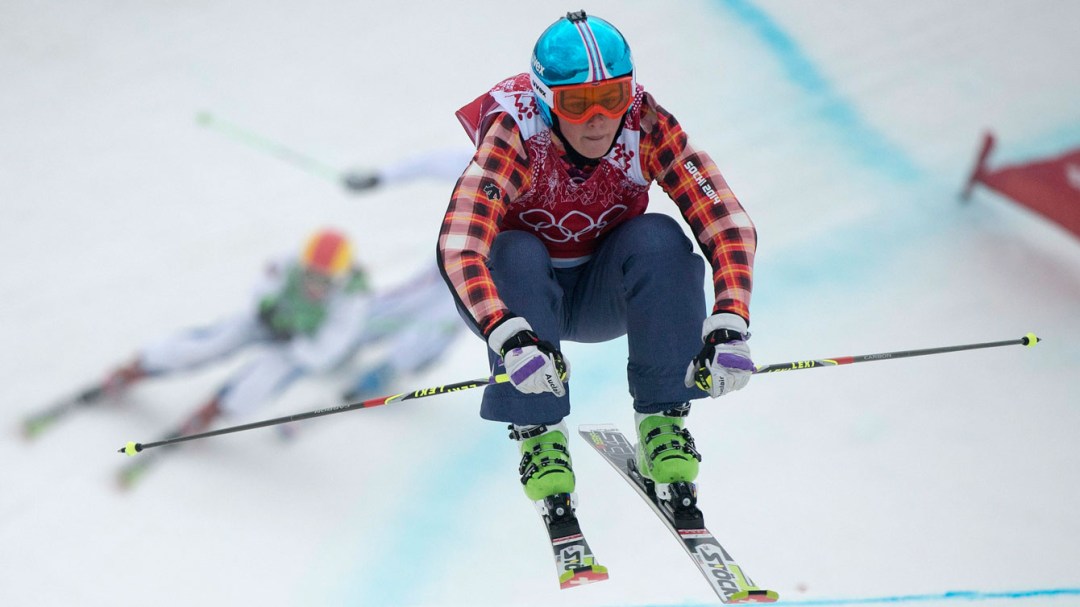 At Sochi 2014, Marielle Thompson made sure the women’s Olympic ski cross gold medal remained in Canadian hands. After winning each of her eighth-final, quarterfinal, and semifinal heats, Thompson defeated teammate Kelsey Serwa in the big final for Canada’s third 1-2 finish of the Games.

Just making it to her second Olympic Games at PyeongChang 2018 was an achievement. In mid-October 2017, Thompson ruptured her ACL and MCL when she fell during a training run in Switzerland and underwent surgery. Despite not competing at all in the months that followed, she was still named to the 2018 Olympic team. In her first race after the injury, she posted the fastest time in the Olympic qualification round but would be eliminated in the 1/8 finals.

Thompson returned to the Olympic podium at Beijing 2022, winning the silver medal. That kept alive Canada’s podium streak in the women’s event, dating back to the Olympic debut of ski cross at Vancouver 2010.

Since making her World Cup debut in December 2010, Thompson has become one of the world’s top ski cross stars. She was just 19 when she earned her first World Cup gold medal in February 2012, which happened to come on Canadian soil at Blue Mountain. She ended the season with a total of six World Cup podiums, including three victories, to give her the overall World Cup title in women’s ski cross. That put her in the history books as the first Canadian ski cross racer to win a Crystal Globe.

Thompson got off to a slower start in 2012-13, but the end of her season more than made up for it. She won a silver medal at the World Cup event in Sochi that served as the Olympic test event. She went on to win silver at the 2013 FIS World Championships, putting Canada on the women’s ski cross podium for the third straight worlds. Still just 20, she was eligible to compete at the 2013 FIS World Junior Championships and won the gold medal.

In 2013-14 she won her second Crystal Globe on the strength of six podium finishes in 11 races and never placing lower than fifth. Thompson competed in just three World Cup events in 2014-15, winning all of them, before a knee injury at the world championships cut her season short. She returned to the World Cup circuit in the fall of 2015, finishing second in the World Cup standings as she racked up four victories. She also won silver at the Winter X Games in 2016.

Thompson claimed her third Crystal Globe in 2016-17, posting wins in seven of her 13 starts. She would finish third overall in the World Cup ski cross standings for three straight seasons (2018-19, 2019-20, 2020-21). Thompson won her first gold medal at the FIS World Championships in dominant fashion in 2019, winning the qualification and each of her heats in the ensuing elimination rounds.

In March 2021, Thompson suffered another ACL tear which again required reconstructive surgery. Full recovered for the start of the 2021-22 season, she hit a couple of career milestones. In mid-December she earned her 25th career World Cup victory in Arosa, Switzerland before claiming her 50th career World Cup podium in mid-January in Nakiska, Alberta. She once again finished the season ranked third overall in the women’s ski cross standings.

A Little More About Marielle

Getting into the Sport: Skated and skied as a child… Started skiing at age two… Began ski racing at age 11 and started ski cross at age 16… Outside Interests: Enjoys reading historical fiction, mountain biking, playing softball for fun… Supports Fast and Female… Odds and Ends: Favourite motto: Ski fast, live slow… As a child she looked up to Canadian alpine skier Britt Janyk who was also from Whistler…  Not overly superstitious but does toss salt over her shoulder if she spills it and doesn’t walk under ladders… Attended the Vancouver 2010 ski cross events as a spectator…