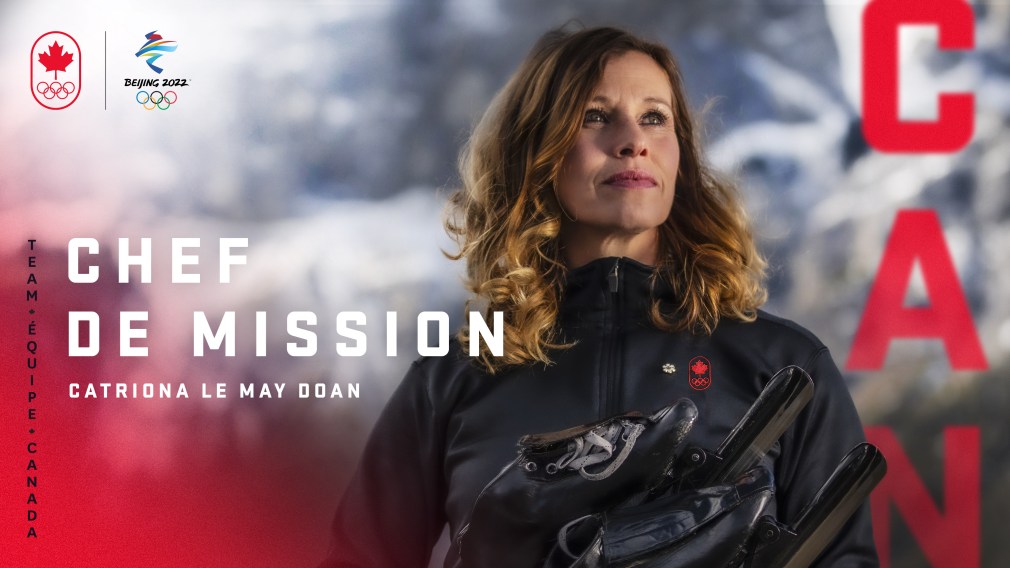 Le May Doan made four Olympic appearances in long track speed skating, including at Salt Lake City 2002 where she etched her name in the history books as the first Canadian athlete to successfully defend an Olympic gold medal in an individual event. She had been a double medallist four years earlier at Nagano 1998, winning the 500m gold in Olympic record time to share the podium with silver medallist and teammate Susan Auch before capturing bronze in the 1000m event. She was given the honour of being Team Canada’s flag bearer twice – once at the Nagano 1998 Closing Ceremony and then at the Salt Lake City 2002 Opening Ceremony.

“My career has been filled with some incredible moments – some from the Olympic Games as an athlete, some as a Mission Team member, and some involving my experience as one of the first torchbearers during the Vancouver 2010 Olympic Torch Relay. Many moments also happened outside the Games period, during my time at training camps and while making memories with my teammates who became some of my closest friends,” said Le May Doan.

As Team Canada’s Chef de Mission, Le May Doan will act as a spokesperson for the team in the lead up to and during the Olympic Winter Games. She will also act as a mentor and supporter aiming to motivate and inspire athletes on and off the field of play.

COC President, Tricia Smith, a four-time Olympian and Olympic silver medallist in rowing, says Le May Doan has always been “Olympic” in the way she has represented Canada both on and off the field of play.

“Catriona has huge credibility and respect in the sport and broader community, is an inspiring leader and is passionate about sport and the Olympic movement. Already a tremendous mentor to many athletes, she will be a great leader for Team Canada in Beijing 2022 as Chef de Mission,” said Smith. “Between her vast experience in the world of sport, her integrity and the way she consistently lives the Olympic values of excellence, respect and friendship, we are all extremely fortunate and excited to have Catriona as Chef for Beijing 2022.”

Le May Doan extended her impressive Olympic resume as part of the broadcast team at five Olympic Games, earning a Gemini for Best Sports Analyst for her speed skating work at Vancouver 2010. No stranger to mentorship, she was named Lead Athlete Mentor for Team Canada at PyeongChang 2018. She was on the Board of Directors for the Vancouver Organizing Committee for the 2010 Olympic and Paralympic Winter Games, is a Vice Chair of Canada Games Council and a board member of Special Olympics Canada, Canadian Sport Institute Calgary, and Winsport. She currently serves as Sport Calgary’s President and CEO.

Le May Doan has long wanted to become Chef de Mission, and when the call to fill the position for Beijing 2022 was made public, she knew she had to apply.

“After serving as Lead Athlete Mentor for PyeongChang 2018, I knew that I wanted to help the team in 2022 live out their Olympic dreams in whatever way I could,” said Le May Doan. “I hope that through my experiences as an athlete, broadcaster, and Mission Team member I can help all of Team Canada be their very best on that international stage.

“I know that the athletes are facing extreme challenges with the unknown of what is ahead, which has affected training, racing, and “normal” prep. However, as every athlete is goal-oriented, I encourage them to stay focused, reach out for any help needed, but continue to keep in mind their final goal – performing at their very best at Beijing 2022.”

Beijing is set to become the first city in the world to have hosted both the summer and winter editions of the Olympic Games when it welcomes the world again from February 4 to 20, 2022.

Le May Doan penned a story for olympic.ca reflecting on her personal experiences over the years and how they ultimately informed her decision to pursue the Beijing 2022 Chef de Mission role. The story can be found here.