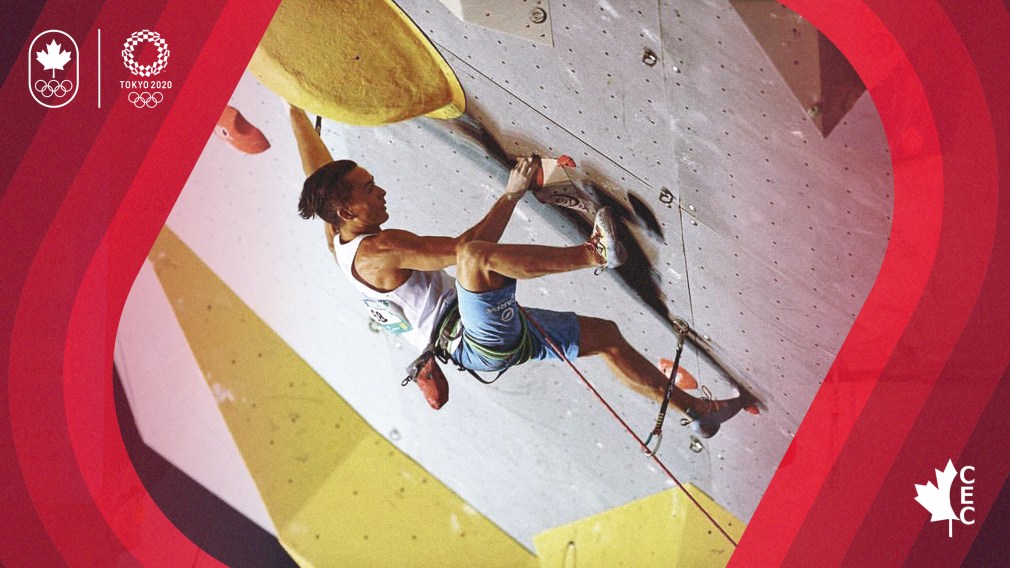 VANCOUVER (March 19, 2021) – Sean McColl and Alannah Yip are set to make history as the first Canadian athletes to compete in sport climbing at the Olympic Games. The Canadian Olympic Committee and Climbing Escalade Canada nominated the pair to the Tokyo 2020 team on Friday.

In his eight world championship appearances since 2007, McColl (North Vancouver, B.C.) has been crowned world champion in the combined event four times (2009, 2012, 2014, 2016), successfully defending his title twice at the biennial event. The combined event – which includes the disciplines of speed, bouldering, and lead – will be the only climbing event contested at Tokyo 2020.

As of February 2020, McColl has earned 34 World Cup medals, most of them coming in lead climbing, with bouldering as his second-most successful discipline. He is the only athlete in IFSC history to post a top-eight World Cup finish in each of the three climbing disciplines.

McColl is also the first Canadian climber to be a youth world champion, winning five titles from 2002 to 2006. The 33-year-old has also won 12 open national titles and made multiple appearances on American Ninja Warrior: USA vs The World since 2014.

McColl punched his ticket to Tokyo by posting a 10th place finish in the combined event at the 2019 IFSC Climbing World Championships in Hachioji, Japan.

“It has been my dream since before I can remember to be an Olympic athlete; to have this come true in climbing, something I fell in love with at 10 years old, is truly the highlight of my life,” said McColl. “Joining Team Canada with Alannah is a dream come true. I grew up with Alannah before she started climbing. I introduced her to the sport and now we are becoming Olympic athletes together in the inauguration of our sport!”

From 2007 to 2012, Yip (North Vancouver, B.C.) competed at all six editions of the IFSC Youth World Championships. By 2016, she was competing on the IFSC World Cup circuit. In her first three seasons, she focused primarily on bouldering events while competing sporadically in lead and speed but in 2019 she was a fulltime competitor in all three disciplines.

A career highlight was finishing fifth in bouldering in Chongqing, China in April 2017 when she became the first Canadian woman to advance to the final of a World Cup climbing event. She posted her best IFSC World Championship result in 2019 when she made the bouldering semifinals and finished seventh. In between those career highlights, she graduated from the University of British Columbia in 2018 with a Bachelor of Applied Science in Mechanical Engineering, specializing in Mechatronics.

After winning the 2020 IFSC Pan American Championships in Los Angeles, Yip secured her ticket to Tokyo 2020. She posted a first-place result in boulder, a third-place finish in lead and fifth place in speed to take the win and the last available Pan American qualification spot for the Games.

“When I was young I dreamed of getting to compete in the Olympics. I was lucky enough to watch the Vancouver 2010 Opening Ceremony in person, and my favourite part was the athlete parade. Watching all of the athletes proudly representing their countries, and thinking about how much work and sacrifice each and every one of them must have put in to get there was so emotional for me,” said 27-year-old Yip. “Now that my sport is for the first time a part of the Olympic Games, I am beyond excited to get to be a part of it. It means the world to me that I will get to go with my family friend Sean McColl who has been like an older brother to me my entire life and my coach Andrew Wilson who I have been working with since the age of nine.”

“I am thrilled to welcome these talented athletes to our team,” said Marnie McBean, Team Canada’s Tokyo 2020 Chef de Mission. “To be named to an Olympic Team is such an exciting moment for any athlete. For Sean and Alannah – the moment is tripled as they will be part of the first Olympic Sport Climbing competition, at their first Olympics, all of which is happening after a year long delay! Game(s) on!”

Sport climbing will make its Olympic debut at the Aomi Urban Sports Park and will take place August 3 to 6.

The International Federation of Sport Climbing (IFSC) was founded in January 2007 and was granted provisional recognition by the International Olympic Committee later that year. Definitive recognition by the IOC came in February 2010. In 2014, sport climbing was a demonstration sport at the Summer Youth Olympic Games in Nanjing, China. Two years later, it was added to the official sport program for the Olympic Games Tokyo 2020.

The athletes and coach nominated are:

The latest Team Canada Tokyo 2020 roster can be found here.