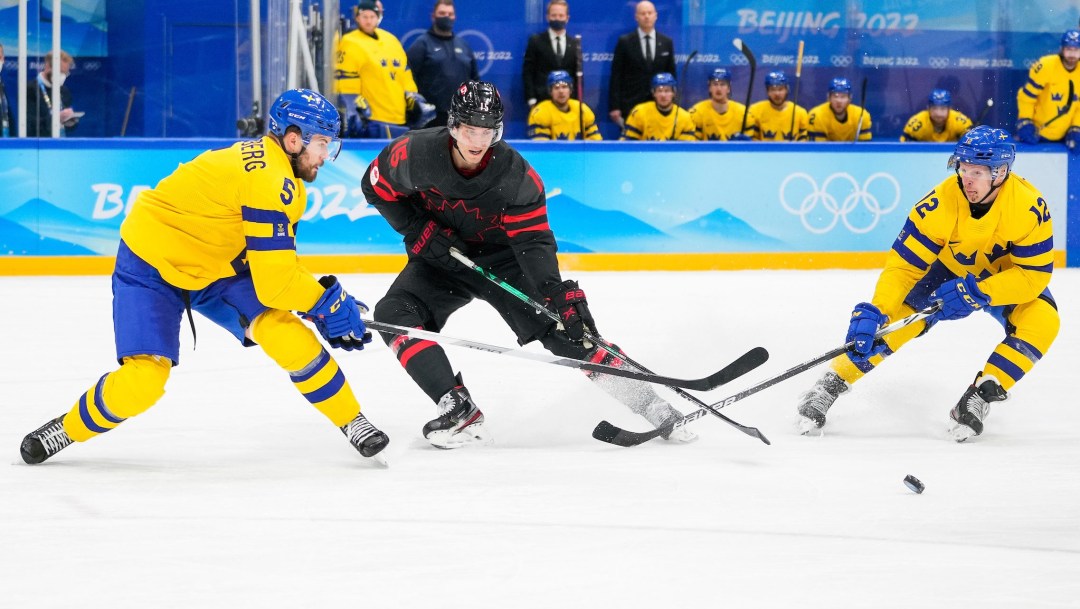 Adam Tambellini made his Olympic debut at Beijing 2022 where he led Team Canada in scoring with three goals and four assists. That tied him for the tournament lead in points.

Tambellini started his junior hockey career in the AJHL with Sherwood Park before skating in the BCHL with Vernon and later Surrey, with whom he won a league championship in 2013. He got a brief taste of NCAA life at the University of North Dakota but instead opted for the WHL route and spent two seasons as a member of the Calgary Hitmen in 2013-14 and 2014-15.

During that time, Tambellini had been selected in the third round, 65th overall, by the New York Rangers in the 2013 NHL draft. He joined the Rangers’ minor league system in 2015-16, playing four seasons with the Hartford Wolfpack. After spending the 2018-19 season with Ottawa’s AHL affiliate in Belleville, Tambellini made his way to Sweden, signing with MODO in the second division.

During the 2019-20 season, Tambellini made his first international appearance for Team Canada at the Spengler Cup, registering three assists and helping Canada take the title. He joined Rögle BK of the Swedish Hockey League for 2020-21 and in 2022 helped them qualify for the Champions League final.

Father Steve Tambellini played hockey for Team Canada at Calgary 1988. His grandfather Addie played at the IIHF World Championships in the 1960s. Brother Jeff played in the NHL with the New York Islanders and Los Angeles Kings.