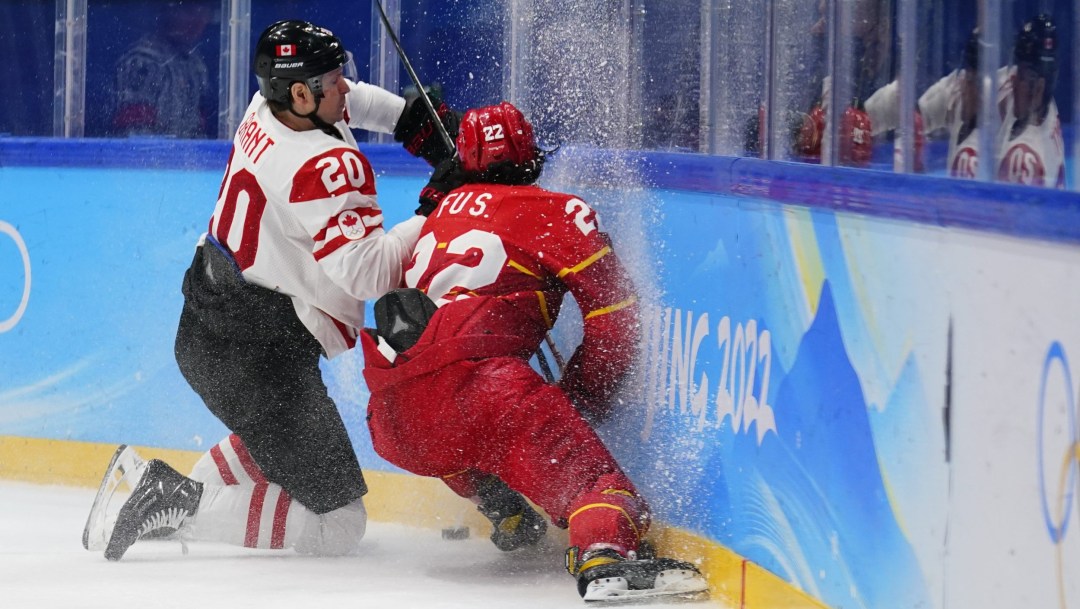 Alex Grant’s first experience with the national program came as a member of Canada Atlantic at the World U-17 Hockey Challenge. He played in the tournament in 2005 and 2006, finishing third at the former, the first and only podium finish for the east coast team in the history of the event. In 2007, Grant played on the Canadian teams at the World U-18 Championships and Hlinka-Gretzky Cup. In 2019 he competed in the Spengler Cup with Team Canada, scoring a goal and an assist as Canada took the championship. In his Olympic debut at Beijing 2022, Grant recorded one goal and one assist.

Grant played junior hockey with the QMJHL’s Saint John Sea Dogs, serving as team captain in his last two years before a trade deadline move to Shawinigan during his final season. He played in the 2008 and 2009 CHL Canada/Russia Super Series for the QMJHL All-Stars.

He was selected in the fourth round, 118th overall, by Pittsburgh in the 2007 NHL Draft and joined their minor league system in 2009-10. He spent four seasons in the Penguins’ organization before a trade to Anaheim in the 2013 off-season. Grant made his NHL debut that year, scoring twice in a pair of games with the Ducks before a trade to Ottawa and assignment to their AHL team in Binghamton. He spent time in Arizona, getting into five games with the Coyotes in 2016, then spent a season each in the AHL with the Bruins and Wild.

In the 2018 off-season, Grant signed with Finnish team Jokerit in the KHL, where he has continued to play in 2021-22.