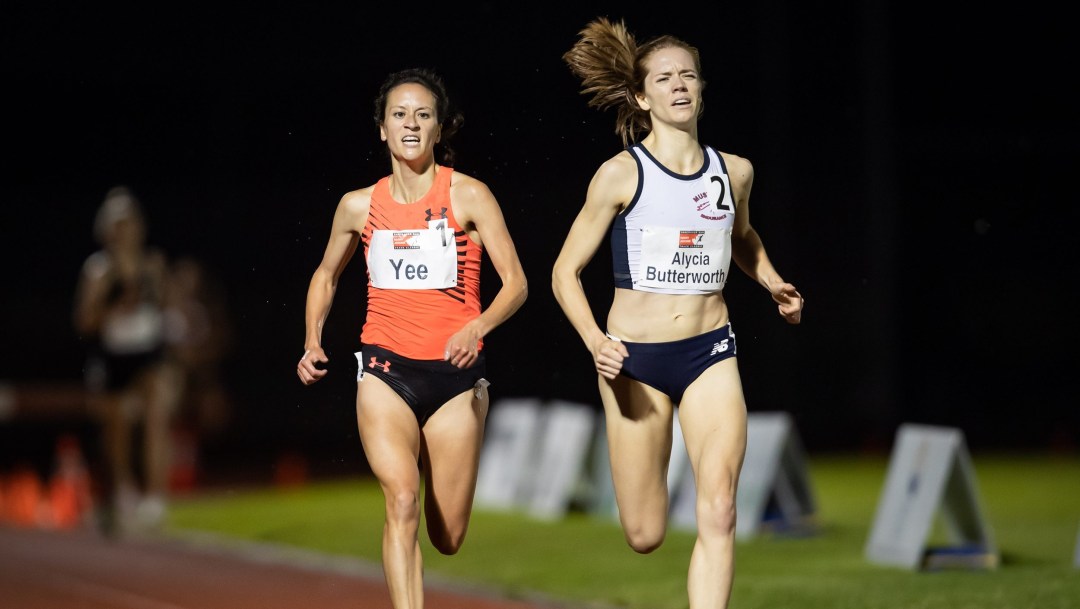 Alycia Butterworth ran a 27-second personal best in the 3000m steeplechase in June 2016, which put her under the Olympic standard. But a sixth-place finish at the Canadian Olympic Trials a few weeks later left her off the team for Rio 2016. The next year, she won silver at the Canadian Championships to earn her spot at the 2017 World Athletics Championships.

After dealing with two stress reactions in her right foot in the fall of 2019 and then having all race opportunities lost in 2020 because of the COVID-19 pandemic, Butterworth returned to race a 3000m steeplechase in early June 2021. She set a personal best 9:31.27 in finishing second at the Harry Jerome Track Classic, which she followed up with second place finishes at the Canadian Olympic Trials and La Classique d’athlétisme de Montreal, securing her spot at Tokyo 2020 where she made her Olympic debut.

Butterworth ran collegiately for the University of Idaho. As a senior she had a come-from-behind run to finish third at the 2015 NCAA Regionals, putting up a season best time after struggling for the first half of the race. The finish qualified her for the NCAA Championships for the only time in her Vandals career.

A Little More About Alycia

Getting into the sport: Started running at school when she was 9… Entered her first steeplechase event when she was 13…  Outside Interests: Graduated from the University of Idaho with a degree in marketing and human resources… Earned her Masters of Data Science from UBC in 2019… Works as a data scientist for TransLink… Enjoys hiking, climbing, camping, being active and outdoors…