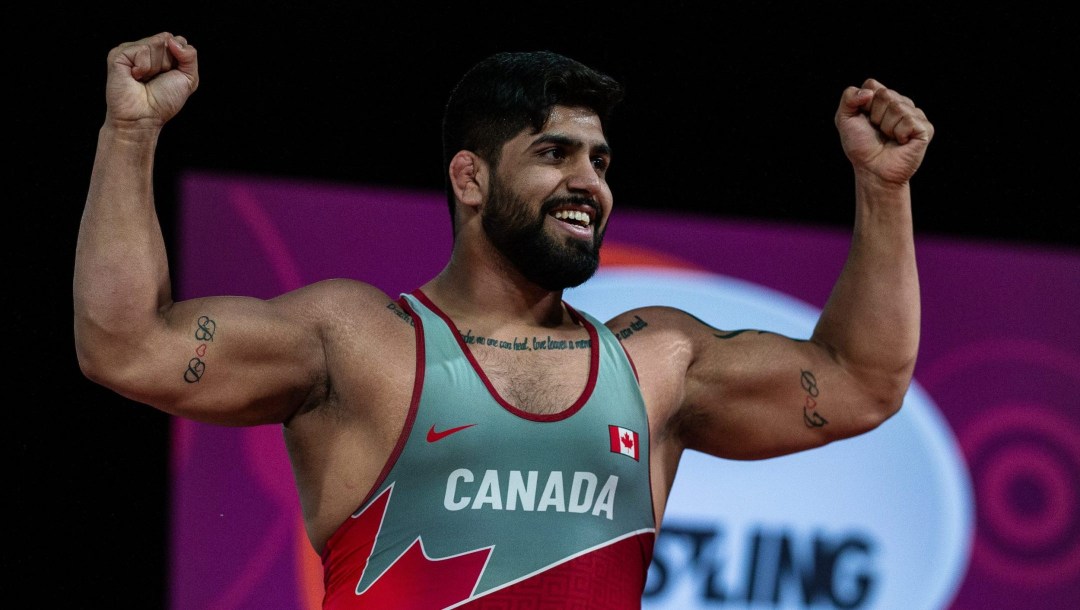 Amar Dhesi earned his way to Tokyo 2020 by first winning the 125kg weight class at the national trials in December 2019 and then reaching the final at the Pan American Olympic Qualifier in March 2020. Dhesi defeated Rio 2016 Olympian Korey Jarvis in dominant fashion at the trials, reversing the result from four years earlier. Just ahead of the Olympic qualifier, Dhesi also won 125kg silver at the Pan American Championships. As part of his preparations for the postponed Tokyo 2020 Olympic Games, Dhesi won gold at the Matteo Pellicone Tournament in March 2021.

Before his Olympic dream became a reality, Dhesi endured three ACL tears in six years and underwent two reconstructive surgeries, which caused him to miss two seasons of competition for Oregon State University. He had his best college season in 2018 when he won the second of his three Pac-12 titles and finished third at the NCAA Division I Championships, resulting in him being named Oregon State Male Athlete of the Year. He finished his collegiate career as a three-time All-American.

Dhesi made his first splash on the international scene when he won 120kg gold at the 2014 World Junior Championships. He competed at his first senior worlds in 2018.

Though it often makes people laugh, Dhesi still identifies his gold medal from the provincial championships in grade nine as one of his proudest moments because it was the first time he realized he could be good at wrestling, making it the starting point of his career.

A Little More About Amar

Getting into the Sport: Father Balbir was an elite wrestler in India before immigrating to Canada and started the Khalsa Wrestling Club for youth in Surrey, B.C. in 1976… Attended practice with his dad and older brother Parm when he was 5-6 but mostly just ran around before entering his first competition when he was 8-9… Has always been motivated by his desire to represent Canada at the highest level… Outside Interests: Graduated from Oregon State University with a degree in sociology… Would like to pursue a career in law enforcement… Odds and Ends: Favourite motto: “I came for the fight”… Older brother Parm competed at the 2010 Youth Olympic Games…