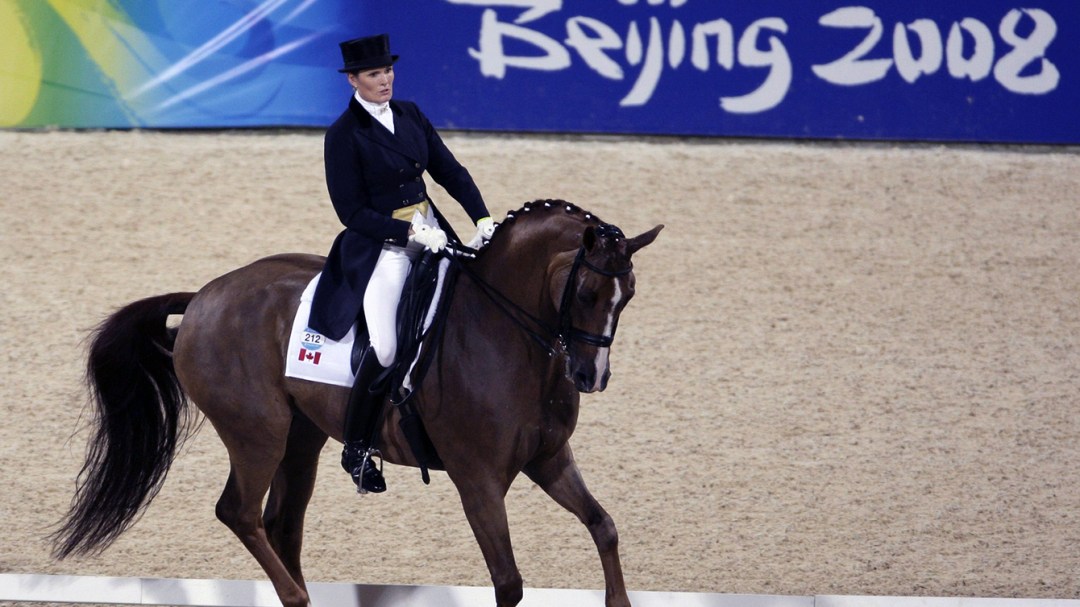 Ashley Holzer is a four-time Olympian who competed at the 2012 Games in the individual dressage and finished in 24th place. The team of Brooks, David Marcus and Ashley Holzer were also set to compete in the team dressage, but were eliminated during qualification for the team competition.

Holzer began riding at age 13. She first entered the Grand Prix ring while training in Canada in the early 1980s,and participated in the selection trials for the 1984 Los Angeles Olympics.  Riding Reipo, Holzer was a member of the bronze medal winning Canadian Dressage Team at the 1988 Olympic Games held in Seoul, Korea.

Holzer represented Canada in the first World Equestrian Games in Stockholm in 1990 and also in Jerez, Spain in 2002 and Aachen Germany, in 2006 and the World Cup Finals in Gothenburg, Sweden in 1989 and Las Vegas in 2009. She also won team gold at the 1991 Pan American Games in Havana, Cuba, and team silver at the 2003 Pan Am Games in Santo Domingo. In 2004, Holzer placed 42nd in the individual dressage event and ninth with her teammates.

In 2008 Holzer was the highest placed Canadian dressage rider at the Beijing Games, finishing 12th. In October 2008, she achieved a seventh ranking in the FEI World Dressage Ranking list. As a result of her many accomplishments, Holzer was awarded Equine Canada Equestrian of the year in 2009.

Holzer and Pop Art represented Canada at the 2010 World Equestrian Games, and once again were the highest placing Canadian combination, finishing in eighth place individually in the Freestyle competition.

In the fall of 2011, Holzer and her new mount, Breaking Dawn, debuted in Grand Prix level competition. Their success continued in 2012 season and they were subsequently nominated to the Canadian Olympic Team.

Jacqueline Brooks made her second consecutive appearance at an Olympic Games in 2012. The equestrian rider competed in the individual…

Belinda Trussell began to ride seriously after her family moved to the Philippines when she was 10. By 1988, she...