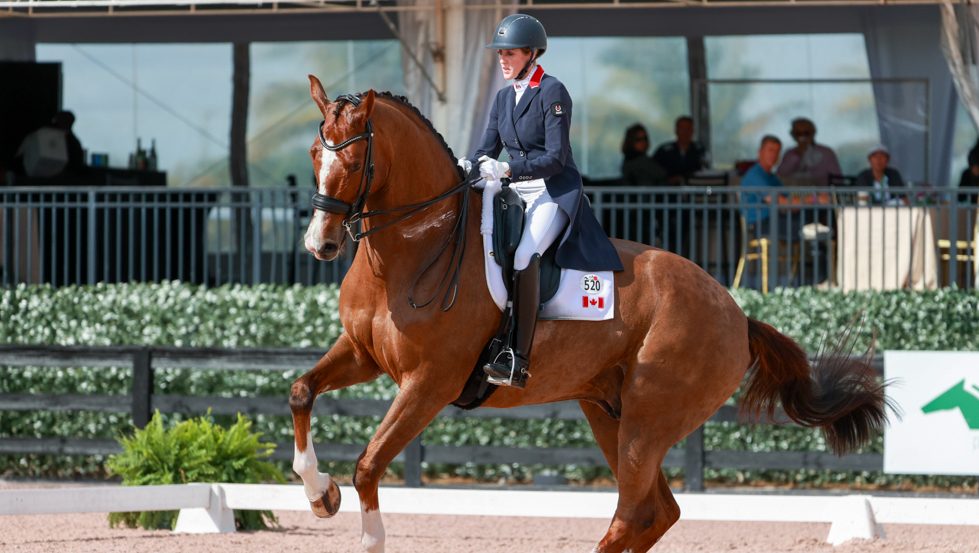 Brittany Fraser-Beaulieu had her first taste of representing Canada in international competition in 2007 when she was part of the team that finished fourth at the prestigious North American Young Riders’ Championship in Lexington, Virginia. In the years to follow, Fraser-Beaulieu fully committed herself to becoming one of the best the sport of dressage has to offer.

Since 2017, Fraser-Beaulieu and the Dutch Warmblood gelding, All In, have been the highest placed Canadian combination on the FEI Dressage World Ranking. Their record includes more than 20 wins in international competition, including first place in the Prix St. Georges (dressage first round) at the Toronto 2015 Pan American Games, where they helped Canada win team dressage silver.

In her Olympic debut at Tokyo 2020, Fraser-Beaulieu helped Canada to an 11th-place finish in team dressage. Individually, she qualified for the Grand Prix Freestyle, where she and All In scored 76.404% to set a Canadian Olympic record.

Getting into the Sport: An avid rider since age 5 and began competing in equestrian at age 7… First pony was named Freckles… First coach was Kathryn Macleod… Began regularly commuting to Ottawa when she was 13 to train with well-known dressage riders, Ruth Koch and Albrecht Heidemann… Odds and Ends: Has a two-year-old son, Théo, with husband Marc-André Beaulieu… Coach Ashley Holzer is a four-time Olympian who won team dressage bronze at Seoul 1988.

Belinda Trussell began to ride seriously after her family moved to the Philippines when she was 10. By 1988, she...