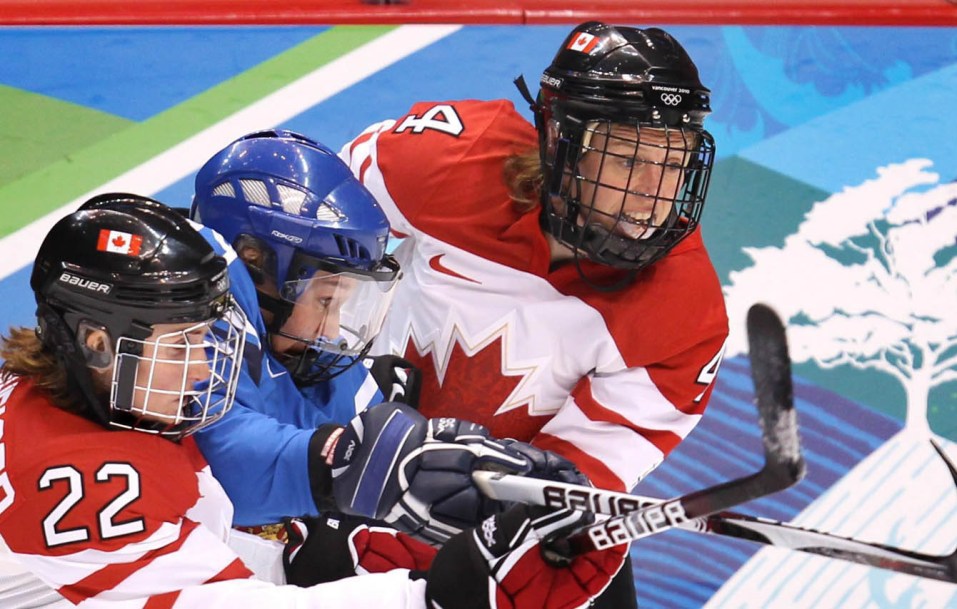 Becky Kellar is a four-time Olympian and triple Olympic gold medallist who made her Olympic debut at Nagano 1998 where she and Team Canada captured silver at the first time Games to feature women’s ice hockey. Kellar would go on to appear in the next three  Olympic Winter Games, winning gold with Canada each time (Salt Lake City 2002, Turin 2006, Vancouver 2010). Over her four Olympic appearances, Kellar played in 20 games and recorded nine points.

Kellar played her collegiate hockey for Brown University from 1993 to 1996. In 100 games played at Brown, Kellar registered 48 goals and 92 assists. Kellar was inducted to the Brown University Sports Hall of Fame in 2005.

Kellar was inducted to the Canadian Olympic Hall of Fame in 2012 with her teammates form the Turin 2006 Olympic hockey team.

Married to Nolan Duke (married on July 1st, 2003) … Has two sons, Owen and Zachary… Daughter of Wayne and Shirley … Has one brother, Nathan … Graduated from Brown University with a degree in Psychology and a Teaching Certificate … Played four years on Brown University’s softball team (2nd base) … Completed an MBA at Wilfrid Laurier University.

Martin Brodeur is a four-time Olympian and two-time Olympic gold medallist, having been part of the victorious Canadian teams at…