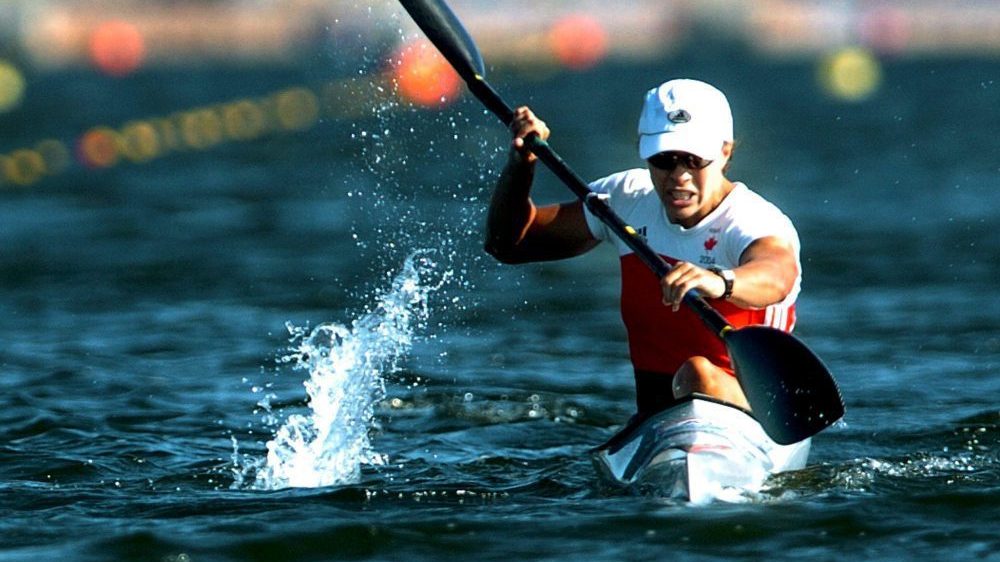 Caroline Brunet made her Olympic debut as a 19-year-old at Seoul 1988 where she did not advance out of the heats in either the K-1 500m or the K-4 500m. But then, in her next seven Olympic races over the following four Games, Brunet never missed a final.

At Barcelona 1992, Brunet finished seventh in the K-1 500m and sixth in the K-4 500m. At Atlanta 1996, Brunet led the K-1 500m from the start but was overtaken by the Hungarian kayaker. She missed the gold medal by 0.236 seconds, but did capture her first Olympic medal, a silver. She was the only Canadian canoe/kayak medallist at Atlanta 1996 and the first Canadian medallist in the sport since Los Angeles 1984.

Brunet entered her fourth Olympic Games at Sydney 2000 as Canada’s Opening Ceremony flag bearer and a double gold medal threat, having won the last three world titles in the K-1 500 and going undefeated for more than two years. Brunet led at the halfway mark of the K-1 500m final but was overtaken by Italy’s Josefa Idem Guerrini, who was competing in her fifth Olympic Games. She missed the gold medal again, by 0.798 seconds. Over her Olympic career, Brunet lost out on two K-1 500m gold medals in two Olympic Games by a total time of barely more than one second. In the K-2 500m in 2000, Brunet and Karen Furneaux finished fifth.

Mining for Olympic gold, Brunet arrived at Athens 2004 as the K-1 500m runner-up at the last two Olympic Games and World Championships. She won her opening heat to advance directly to the K-1 500m final where she won a bronze medal in her last Olympic performance. She also finished seventh in the K-2 500m with Mylanie Barré.

Genevieve Orton first joined the senior national team in 2007, seven years after she started paddling competitively. She competed at...