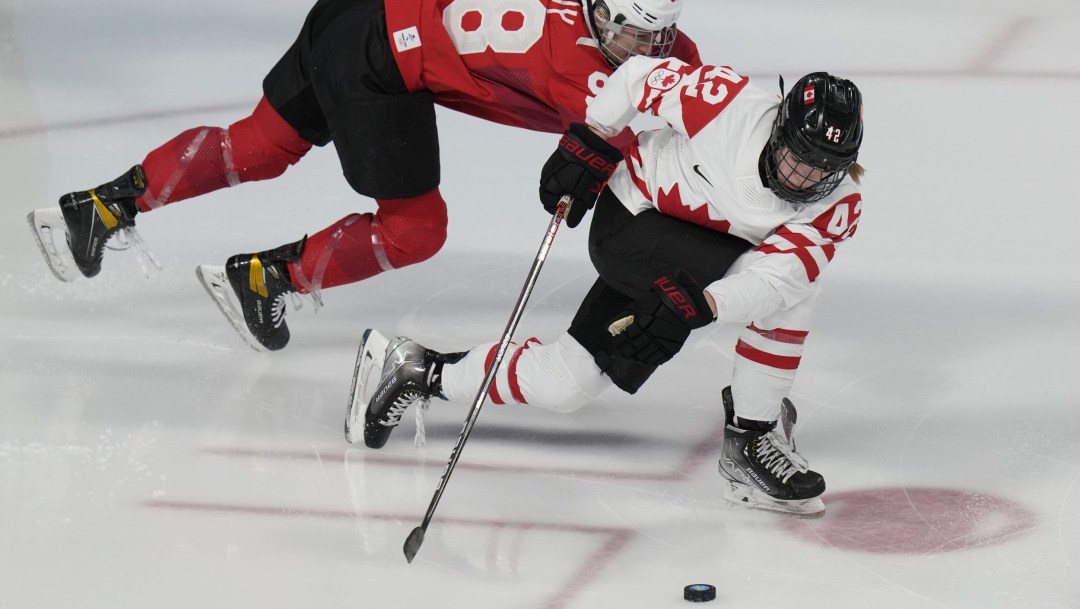 Claire Thompson made her Olympic debut at Beijing 2022 where she was a key contributor to Canada winning the gold medal. She topped all defenders in scoring with 13 points on two goals and 11 assists. She was also a +23 to lead the plus-minus standings. Her efforts led to her being named to the Media All Star team on defence.

Thompson joined the national team program in 2019, skating with the U22 development team in a three-game exhibition series against the United States before making her National Women’s Team debut later that year in a Rivalry Series game against the Americans.

Thompson was named to Canada’s roster for the 2020 IIHF Women’s World Championship which was cancelled because of the COVID-19 pandemic. When she finally made her world championship debut in 2021, it marked her first time skating in a major international competition for Canada at any age group. She registered four assists as Canada won the world title for the first time in almost a decade.

Thompson played collegiately at Princeton University from 2017 to 2020. She was an All-Ivy Second Team selection as a sophomore. As a junior she won the Ivy League Championship and led Princeton’s defence in scoring with 28 points. She was named to both the ECAC and Ivy League First Teams. As a senior she was named captain and led the Tigers to their first-ever ECAC Championship, defeating the number one ranked team in the nation (Cornell) in the final. Thompson was named to the All-Ivy Second and All-ECAC Third Teams. Though Princeton qualified, the 2020 NCAA Tournament would be cancelled due to the pandemic. Thompson finished her career as a four-time ECAC All-Academic team selection as well as a two-time AHCA All-America Scholar.

After graduation, Thompson joined the PHWPA and played with the Toronto-based team for the 2021 Dream Gap Tour.

A Little More About Claire

Getting into the Sport: Started skating at age 3 and began playing hockey the next year… Has wanted to represent Canada since watching the women’s team win gold at Vancouver 2010… Outside Interests: Graduated with a Bachelor’s degree from Princeton University’s Department of Ecology and Evolutionary Biology in 2020… Enjoys reading, sailing, spending time at the cottage with family… Odds and Ends: One of her early role models was former national team player Courtney Birchard who coached her at a summer camp; Birchard joined Princeton’s coaching staff in 2019-20… Favourite motto: “Push yourself because no one else is going to do it for you”…