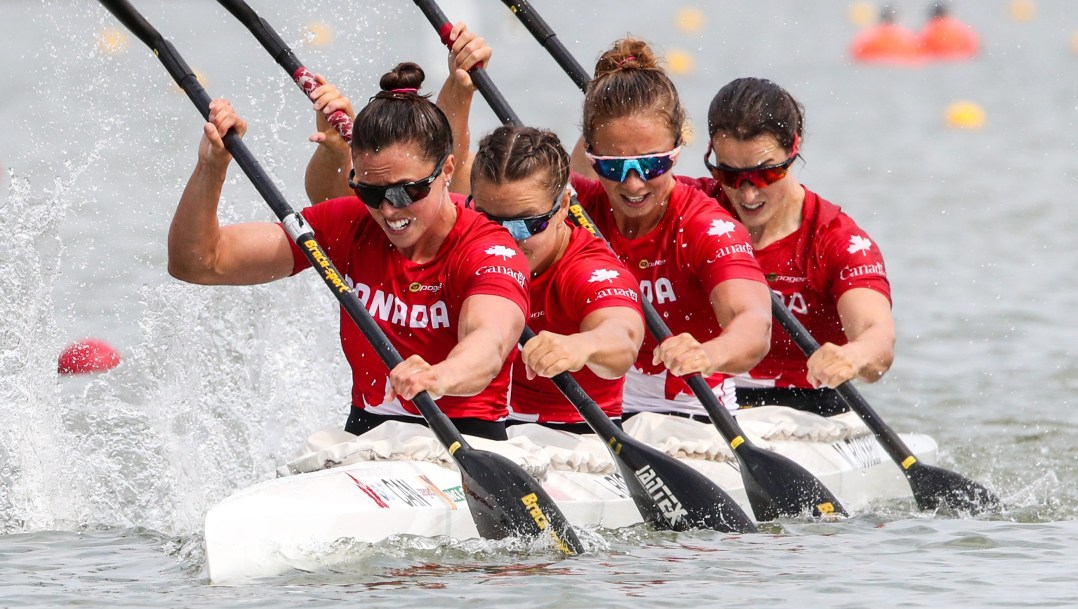 Courtney Stott made her international debut with the Canadian K-4 500m crew at the 2015 U23 ICF World Championships, finishing fifth. Stott joined the senior team for the first time in 2017 for a pair of World Cup events, making the A finals for the first time in Belgrade in the K-1 1000m and K-4 500m. She made her senior ICF World Championship debut at the end of the season, making the A Final in the K-2 1000m.

In 2018, Stott helped paddle the K-4 500m crew to the A Final at both World Cup stops and the ICF World Championships. She ended the year with three podium finishes at the Pan American Championships, taking gold in the K-2 and K-4 500m races and silver in the K-4 1000m.

At the 2019 World Championships, Stott helped secure Canada’s Olympic spot in the K-4 500m as a member of the crew that finished 12th.

Getting into the sport: Started paddling when she was 12… Outside Interests: Graduated from the University of Ottawa in 2014 with an Honours Bachelor of Science in Human Kinetics… Odds and Ends: Father Kevin and brother Jeremy both competed internationally for the Canadian canoe team… Always wears sunglasses when she races… Collects patches of the flags of countries she visits…

Lissa Bissonnette joined the National Team in 2009. She made her World Cup debut the following year, and earned her…