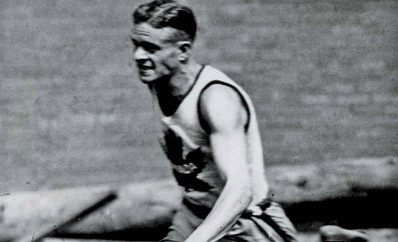 Cyril Coaffee was only able to compete at Antwerp 1920 after hometown Winnipeggers raised the funds for him to travel to Belgium. He raced in the 100m and 200m but he did not advance out of the first round. At Paris 1924, he was captain of the Canadian team and reached the semi-finals in both sprint events and the 4x100m relay.

Coaffee tied Charlie Paddock’s world record of 9.6 seconds for the 100 yard dash at the 1922 Canadian Championships, where he also captured the 220 yard race, making for a double that he would repeat in 1926 and 1927. Coaffee had numerous victories in a series of track meets in Europe with his most significant wins being over Canada’s famous Percy Williams in 1926 and 1928.

Born in England, Coaffee immigrated to Canada in 1905. He began his competitive career with the North End Amateur Athletic Club in 1915. Coaffee suffered from a partial paralysis in his arm which lead to a unique sprinting style and extreme forward lean. When his attempt to make a third Olympic team for Amsterdam 1928 was unsuccessful, Coaffee retired from sprinting. During the Second World War, he served in the Royal Canadian Army Medical Corps from 1939-43. Coaffee was only 48 years of age when he died in 1945 of a heart attack at his parent’s home in Winnipeg. 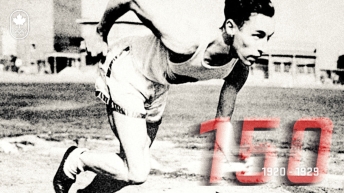