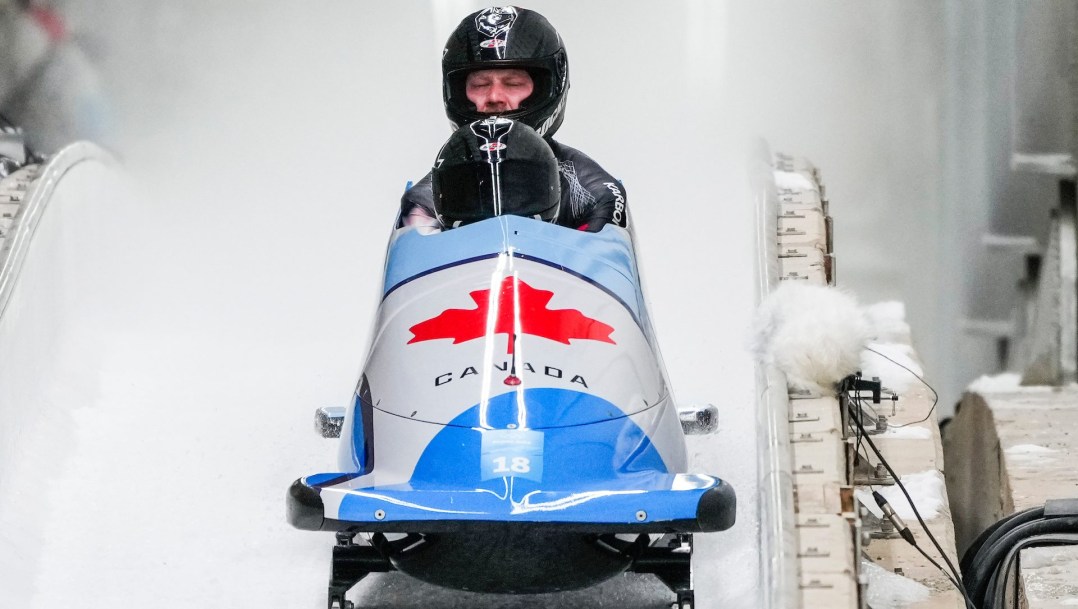 Sunderland made his IBSF World Cup debut in December 2016 in Poloniato’s four-man sled in Whistler. Their 10th-place finish would be his best result of the season. Sunderland would make his first appearance at the IBSF World Championships in February.

Sunderland then stepped away from bobsleigh for several years. He returned to international competition in 2021-22 in a sled piloted by Taylor Austin. They dominated the North American Cup circuit, winning six gold and two silver medals in four-man. Sunderland also pushed Austin to two gold and one bronze in two-man. Sunderland returned to the World Cup circuit in January in St. Moritz as Austin made his first World Cup appearance at the legendary Olympia Bobrun.

Sunderland made his Olympic debut at Beijing 2022, competing with Austin in both the two-man and four-man events.

A Little More About Daniel

Getting into the Sport: Started in bobsleigh at the age of 26… Outside Interests: Graduated from the University of Alberta in 2011 with a Bachelor of Science in Mechanical Engineering… Is a professional pipe stress engineer…