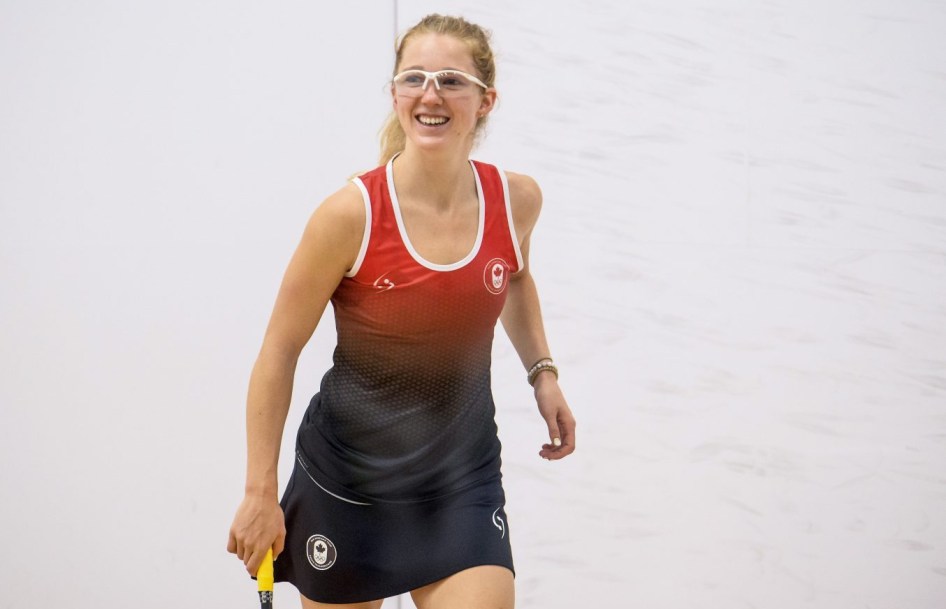 • Joined the Professional Squash Association World Tour in 2014, reaching a career-high ranking of #36 in the world in March 2019
• As one of the top 48 women’s players in the world, qualified to play at the 2019 JP Morgan Tournament of Champions in January 2019, held at Grand Central Terminal in New York City
• First represented Canada internationally at the 2009 World Junior Squash Championships, placing fifth in the team event
• Won her first Canadian open national title in 2018, after placing in the top three every year from 2014 to 2017
• Won three medals at the 2018 Pan American Championships: silver in the women’s team event and bronze in both women’s singles and mixed doubles
• Played varsity squash at Cornell University, serving as team captain for two years and being named a First Team All-American four straight years

Getting into the Sport: First took up squash at age 7 because all of her extended family played, so she had a sport she could play with them… Has wanted to represent Canada at a major games since the age of 10… Outside Interests: Graduated from Cornell University in 2015 where she majored in Communications and minored in International Relations… Loves to camp and hike in the off season…Odds and Ends: Older brother David also played squash on the professional tour… Favourite quote “You miss 100% of the shots you don’t take.” – Wayne Gretzky

Nicholas Sachvie attended Cornell University from 2010 to 2014, where he was a four-time All-American and ranked #6 in the…