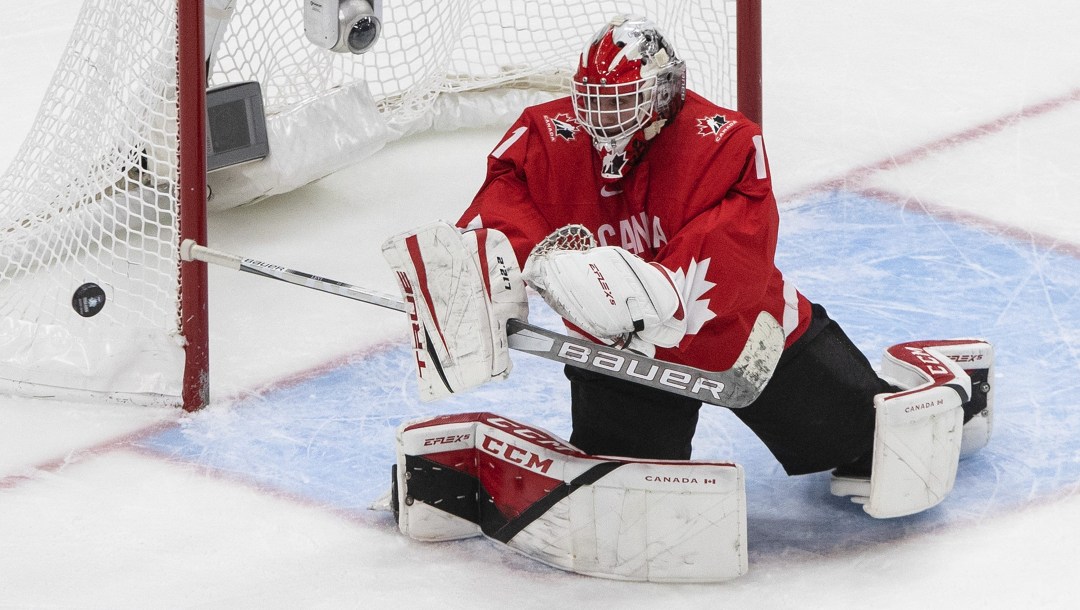 Devon Levi was the starting goaltender for Team Canada at the 2020 IIHF World Junior Championships. He led the tournament in goals against average and save percentage, earning the Best Goaltender award and being named to the All-Star Team as Canada took home the silver medal. He made his Olympic debut at Beijing 2022 where he dressed for one game but did not see any action.

Levi played for Team Canada East in the 2019 World Junior A Challenge and earned MVP honours while leading them to the silver medal.

He played in Quebec Midget AAA with the Lac St-Louis Lions, being named the league’s best prospect in 2019. In 2020 he played for the Carleton Place Canadians and earned CJHL Player of the Year, MVP, and Top Goaltender honours. Levi committed to play collegiately at Northeastern University, where he is studying computer science, but redshirted in 2020-21. He began his Huskies career with back-to-back shutouts at the start of the 2021-22 season. A 1.55 GAA and .948 save percentage would earn him a nomination for the Hobey Baker Award as the best player in the NCAA.

Selected in the 7th round, 212th overall, by the Florida Panthers in the 2020 NHL Draft, his rights were later dealt to the Buffalo Sabres.