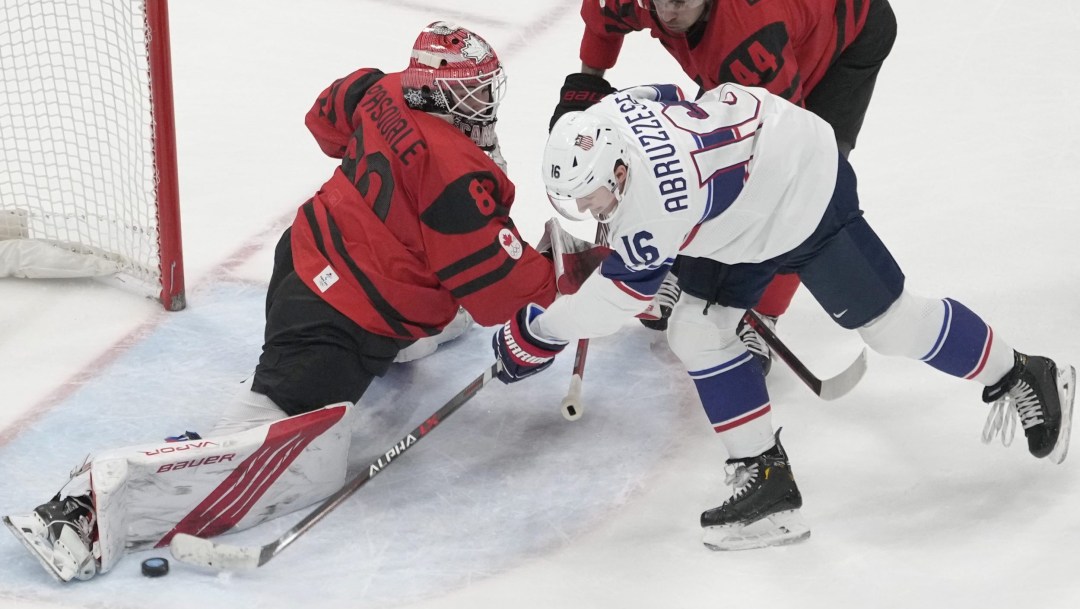 Edward Pasquale made his international debut for Canada at the 2021 Channel One Cup. He won the sole game he started, allowing just one goal, as Canada went on to finish the tournament third. He went on to make his Olympic debut at Beijing 2022 where he played in two games, recording one win and one loss.

In 2007, he won a gold medal with Team Ontario at the Canada Winter Games. Pasquale split his time in junior between Belleville and Saginaw from 2006-07 to 2009-10. He was named an OHL third team all-star in 2009 and was selected in the NHL Draft that summer, taken in the fourth round, 177th overall, by Atlanta.

Pasquale split his first pro season in 2010-11 between the AHL and ECHL. He would follow the Thrashers to Winnipeg and join their new AHL team in St. John’s, being named to the 2012 AHL All-Rookie team in his first year with the IceCaps. He was traded to Washington in the 2014 off-season but never played a game with the club as he sat out the 2014-15 season entirely, recovering from hip surgery. He returned to the St. John’s for 2015-16, though the IceCaps were now affiliated with the Montreal Canadiens.

Pasquale joined Detroit’s AHL team in Grand Rapids the next season, helping the Griffins win the Calder Cup in 2017. From there he joined Edmonton’s organization and played for their AHL team in Bakersfield before a trade sent him to Tampa Bay’s affiliate in Syracuse. In 2018-19, after nine seasons as a pro, Pasquale finally made his NHL debut with the Lightning, starting three games and winning two. He spent most of that season having a career-year with Syracuse and received the 2019 Harry Holmes Memorial Award given to the AHL team with the lowest goals against.

In the summer of 2019, Pasquale signed with Kazakh club Barys Nur-Sultan in the KHL. He spent one season there before joining Russian side, Lokomotiv Yaroslavl, in 2020-21.