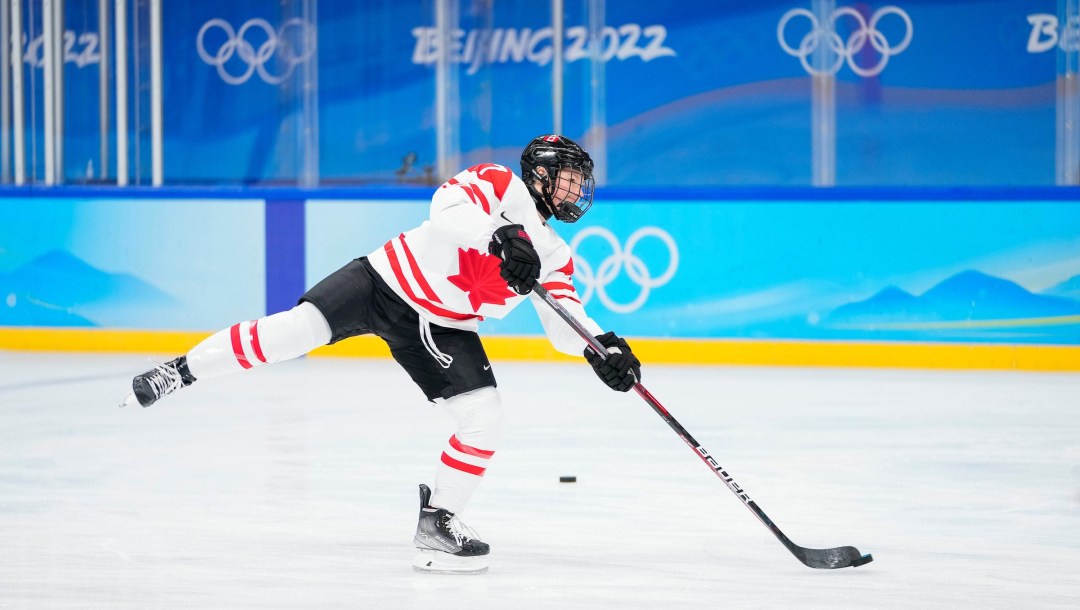 Ella Shelton made her Olympic debut at Beijing 2022 where she helped Canada win the gold medal. Shelton recorded three assists in the tournament.

Shelton made her first international appearance for Canada as a member of the U22 national development team that played at the 2018 Nations Cup. She debuted with the National Women’s Team during the 2019 Rivalry Series against the United States. She made her IIHF Women’s World Championship debut in 2021, scoring one goal and two assists as Canada won its first world title in almost a decade.

Shelton played collegiately at Clarkson University where she was a back-to-back NCAA Champion in 2017 and 2018 and made it to the Frozen Four in 2019. She won the ECAC Championship all three of those seasons, being named to the ECAC All-Tournament team each year. Shelton was named to the ECAC All-Rookie team as a freshman and to the ECAC Second Team her next two seasons. As a senior in 2019-20, Shelton was named the Golden Knights captain and scored 33 points in 33 games to become just the third defenceman in school history to surpass 100 career points. She was named a Second Team All-American as well as to the ECAC First Team, finishing as a finalist for best defenscman. Shelton was also a four-time ECAC All-Academic Team selection.

A Little More About Ella

Getting into the Sport: Started playing hockey at age 5… Has wanted to represent Canada at the Olympics since watching the women’s team win gold as a kid… Outside Interests: Graduated from Clarkson University in 2020 with a biology degree and a minor in chemistry… Works on the family farm and would like to pursue a career in coaching, physiotherapy, or as a physician assistant or teacher… Enjoys baking and cooking, yoga, cards, board games, watersports, and gardening… Odds and Ends: Favourite motto: “But the most beautiful things in life are not just things. They’re the people, and places, memories and pictures. They’re feelings and moments and smiles and laughter”… Writes STELLA on her gloves and skates as a reminder of family…