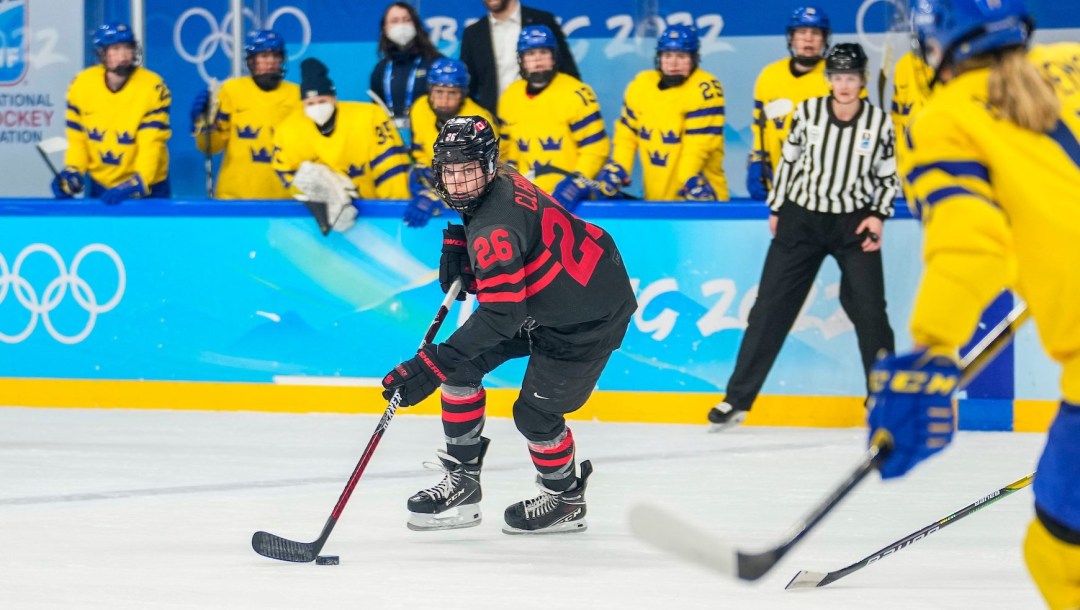 Emily Clark was a member of Canada’s gold medal-winning women’s hockey team at Beijing 2022 where she recorded two goals and one assist. Clark had made her Olympic debut at PyeongChang 2018, where she scored one goal as Canada came home with the silver medal after a shootout loss to the United States in the final.

Clark began playing hockey internationally for Canada in 2011 with the national under-18 team. In 2012 and 2013 she helped Canada win gold at the IIHF World Women’s U18 Championship, wearing the ‘A’ at the latter. In her first appearance with the National Women’s Team in 2014, Clark won gold at the Four Nations Cup. She took home silver at the same event a year later. She went on to make her world championship debut in 2015, winning the first of her three straight silver medals at the global tournament. At the 2017 Worlds, she scored two goals in five games.

In 2019, Clark netted a pair of goals for Canada at the world championship but took home a bronze medal from an international tournament for the first time. After the 2020 Worlds were cancelled because of the COVID-19 pandemic, Clark returned for 2021 and helped Canada take home its first world title in almost a decade.

Clark spent her collegiate career at the University of Wisconsin where she was a huge part of the Badgers’ success. As a freshman in 2014-15, Wisconsin won the WCHA Championship and reached the NCAA Frozen Four. The same results followed the next season. In 2016-17 the Badgers made it all the way to the championship game of the Frozen Four. As a senior in 2018-19, Clark wore an ‘A’ for the Badgers and capped off her NCAA career with a national title. After graduation, she joined the Professional Women’s Hockey Players Association, skating with the Montreal club during the Dream Gap Tours.

A little more about Emily

Getting into the Sport: Started skating at age 3 and playing organized hockey at age 5…  All four of her older brothers played hockey… Played with boys until she was 13… Knew from a young age that she wanted to pursue hockey at the highest level… Outside Interests: Has been a volunteer hockey instructor, working with international families new to Canada… Spent two seasons coaching at Concordia University (2019-21)… Enjoys doing water sports at her cabin… Played lacrosse in high school… Odds and Ends: Favourite female athlete is Caroline Ouellette… Favourite quote: “Work until your dreams become a reality”…