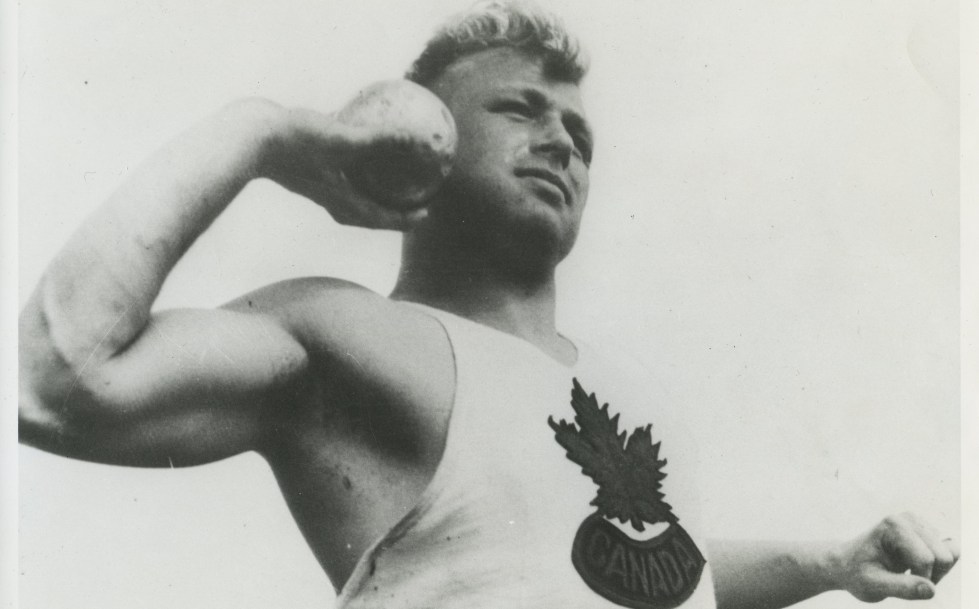 From 1935-54, thrower Eric Coy was a consistent performer on the Canadian athletics scene. Captain of the track and field team when he competed in the shot put and discus at London 1948, he did not qualify for the finals. He had previously been named in the Canadian team for the cancelled 1940 Games.

Coys’ early track and field experience was as a sprinter in the Winnipeg suburb of Charleswood and ran 10.0 seconds for 100 yards, but for his height of 6ft (1.83m) and weight of 190lbs (86kg) he was better suited to the throwing events.  An all-round athlete, Coy competed in many sports including badminton, fastball, handball, squash hockey and football. To compliment his athletics career, Coy competed in snowshoe racing winning numerous national and international titles from 1933-40.

From the age of 16 Coy worked for the Manitoba Telephone Company and spent his holidays training with the track and field athletes at the University of Minnesota. During World War II, he served in the Royal Canadian Air Force (RCAF) as a pilot navigator instructor and played football for the RCAF Hurricanes. Upon retiring from competing, Coy became a businessman, but still stayed active in sport coaching ice hockey, wrestling and track and field. The “Eric E. Coy Memorial Trophy” was donated by his widow Helen following his death in 1985 in Winnipeg, and is awarded annually to Canada’s top throwing athlete. The Eric Coy Arena was named in his honour in his hometown of Winnipeg.