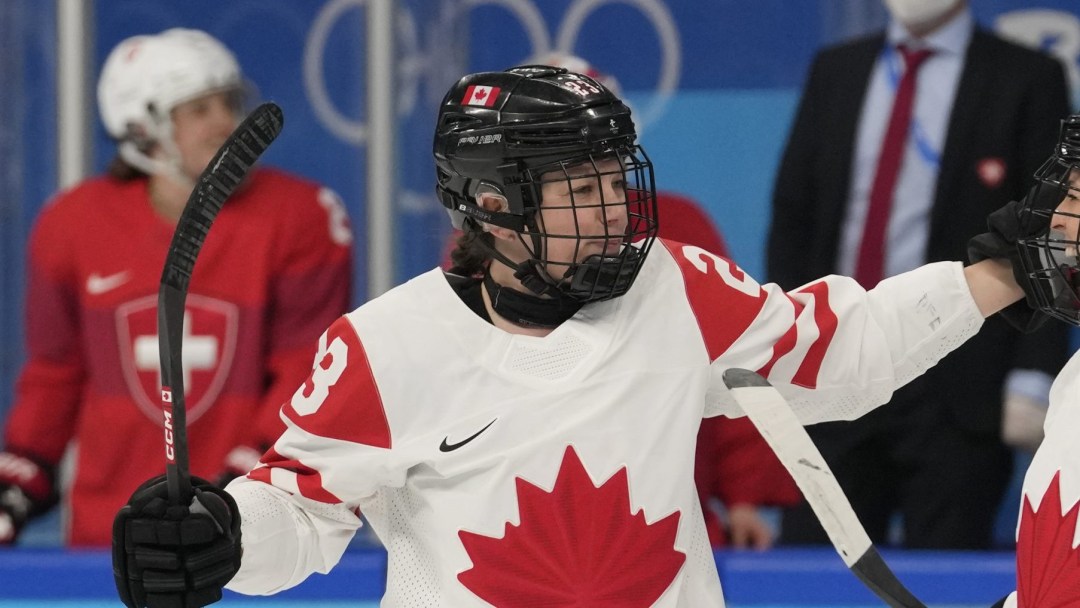 Erin Ambrose made her Olympic debut at Beijing 2022 where she helped Team Canada win the gold medal. Her four goals were the most by a defensive player in the tournament. With nine points total, she ranked second in scoring by a defender behind only teammate Claire Thompson.

Ambrose first joined the National Women’s Team in 2014, winning a gold medal at the Four Nations Cup. She helped Canada win silver at the same tournament in 2016 and 2017. It was also in 2017 that she made her debut at the IIHF Women’s World Championship, scoring one goal en route to the silver medal.

Ambrose was centralized with the national team ahead of PyeongChang 2018 but was ultimately cut from the Olympic roster. She competed in her second world championship in 2019, scoring two goals and five assists as Canada came away with the bronze medal following an upset loss to Finland in the semifinals. They bounced back in 2021 when Ambrose was part of Canada’s first world title in almost a decade. She scored two goals and three assists, which along with an impressive +10 rating, earned her a spot on the media all-star team.

As a junior, Ambrose represented Canada three times at the IIHF Women’s U18 World Championships. In her debut in 2010, she notched nine assists, including on the overtime winner in the gold medal game. After a silver in 2011, she was named captain for the 2012 tournament where she led Canada to the gold medal while being named top defenceman. Ambrose then joined the U22 development team and won gold medals at the 2013 and 2016 Nations Cup.

Ambrose played collegiately at Clarkson University and was named the ECAC Rookie of the Year in 2012-13. As a sophomore in 2013-14 she won the NCAA championship with the Golden Knights, leading all NCAA D1 defencemen in scoring with 50 points. She was named a First Team All-American and finalist for the Patty Kazmaier Award given to the top female NCAA hockey player. The next season she was named assistant captain and was again nominated for the Patty Kazmaier Award. In her senior year she reached the Frozen Four and was named to the All-ECAC First Team.

After graduation, Ambrose was selected seventh overall by Toronto in the 2016 CWHL Draft. She would play one season for the Furies before being traded to Montreal. In 2018-19 she was named assistant captain of Les Canadiennes and finished the season as CWHL Defenseman of the Year. After the league folded, Ambrose joined the PWHPA and skated for the Montreal-based team during the Dream Gap Tours in 2020 and 2021.

A Little More About Erin

Getting into the Sport: Started playing hockey at age 5… Has always been inspired by Canada’s women’s hockey team at Salt Lake City 2002; was still young but old enough to grasp what the Olympics were about and what the team overcame in the gold medal game… Outside Interests: Graduated from Clarkson University in 2016 where she majored in Innovation and Entrepreneurship and minored in Communications… Assistant coach with Concordia University… Enjoys watching hockey, doing puzzles, playing golf… Odds and Ends: Role model has always been a role model for her leadership… Favourite motto: Today is someday… Won a silver medal with Team Ontario at the 2011 Canada Winter Games…