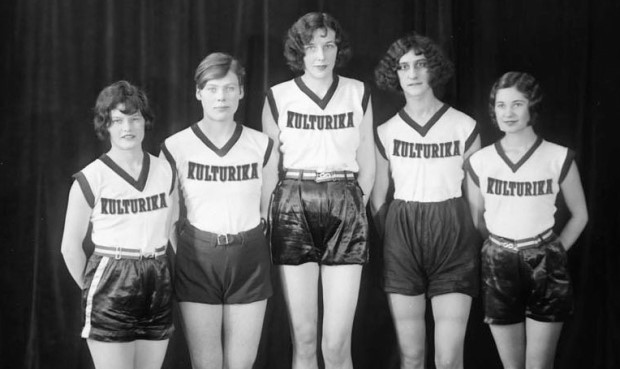 At Los Angeles 1932, Canada’s Eva Dawes won the high jump bronze medal with a mark of 1.60m (the gold and silver medalists setting the world record at 1.65m). She could have potentially been a three-time Olympian but she wasn’t permitted to compete in the Canadian Olympic Trials for Amsterdam 1928, because at 15 she was too young to participate, and she boycotted Berlin 1936 because they were being hosted by Nazi Germany.

Dawes, the fourth of six children, attended Roden Public School in Toronto. Her father Charles, a British immigrant who served in the Boer War, recognized her natural athletic talent early and built a landing pit at the nearby playground. He would often put coins on the cross bar with the promise that she could keep the money if she cleared the height. Dawes would become Canadian high jump champion for the first time in 1926 at age 14, and then consecutively from 1932-35. Her high jump career included winning the silver medal at the 1934 Empire Games and setting three Canadian high jump records. Her career was cut short in 1935 after accepting an invitation to compete in the Soviet Union, and she was suspended by the Canadian Amateur Athletic Union, and instead of applying for reinstatement, she retired.

Dawes was inducted into the Canadian Olympic Hall of Fame in 1974.

Lennie Hutton represented Canada in the long jump at the 1932 Olympic Games in Los Angeles.

Caroline Ehrhardt is an eight-time national champion in women’s triple jump. As of July 2020, she owns the fourth-longest triple...