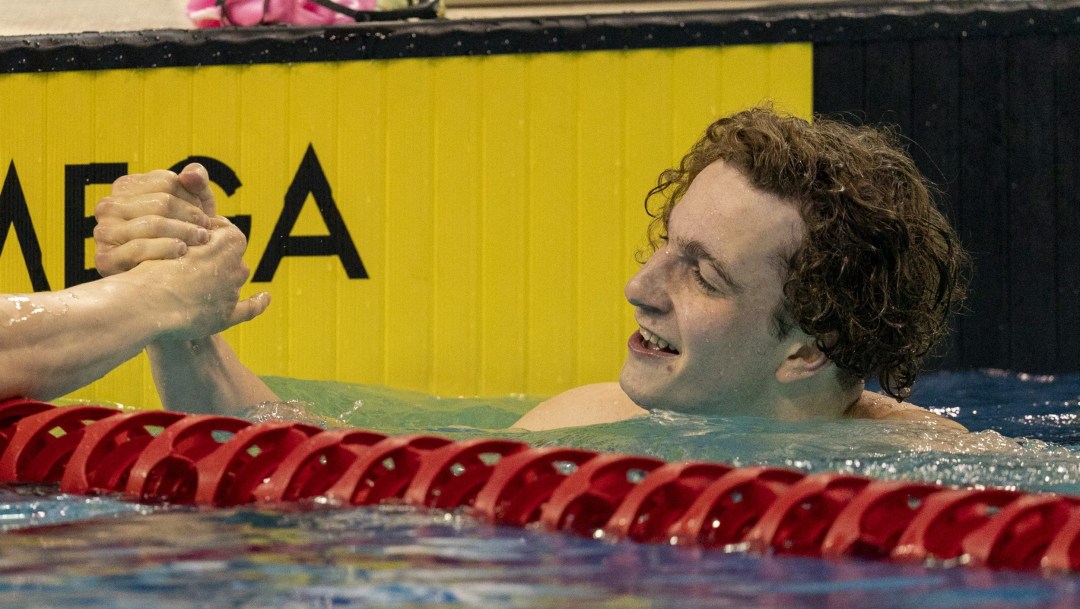 Gabe Mastromatteo made his Olympic debut at Tokyo 2020 where he was a finalist with the men’s 4x100m medley relay, swimming the breaststroke leg.

That was Mastromatteo’s second appearance at the world juniors. In 2017, he won gold with the mixed 4x100m medley relay and was a finalist in the 50m breaststroke. It was also in 2017 that Mastromatteo won four medals at the Canada Summer Games in Winnipeg, including three gold. Individually, he broke the Canada Games record in the 50m breaststroke to stand atop the podium. He was also a gold medallist in the 4x50m and 4x100m medley relays.

In 2018, Mastromatteo won gold in the 100m breaststroke and was a finalist in the 200m breaststroke at the Junior Pan Pacific Championships. In 2019, he committed to attending the University of Toronto and competing for the Varsity Blues.

A Little More About Gabe

Getting into the Sport: Starting swimming around age 10-12… Outside Interests: Enjoys music, cooking, movies… Majoring in Commerce at the University of Toronto…