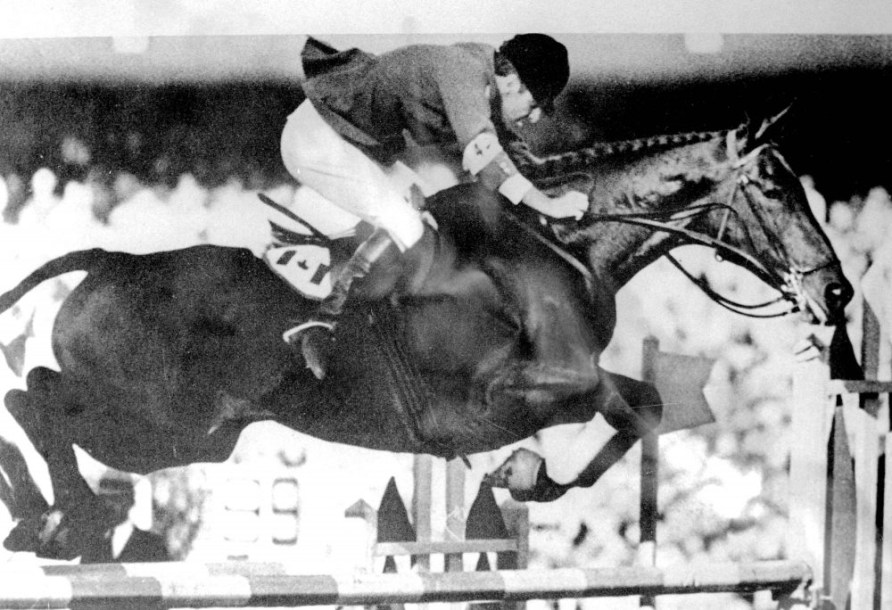 In 1956, James “Jim” Elder made his first of six Olympic appearances at Melbourne 1956, but because of the strict six month quarantine period for horses entering Australia, the equestrian events were held in Stockholm, Sweden. Elder was chosen as Canada’s flagbearer in the Equestrian Opening Ceremony and then aboard “Colleen”, Elder won a bronze medal with the three-day eventing team (individually he finished 19th). Four years later in Rome 1960, and competing at his last Games as an eventer, Elder, along with his brother and two other Canadian teammates did not finish the team eventing race (individually he finished10th).

It was after Rome 1960 that Elder switched to show jumping but when Canada did not send an equestrian team to Tokyo 1964, he had to wait until Mexico City 1968 to make his third Olympic appearance and first in show jumping – the first time Canada sent a show jumping team to the Olympic Games. Elder and his ride, “The Immigrant”, who was imported from Europe as a field hunter, had only been riding together for six months and he delighted the fans by bucking after every jump. After round one the Canadian team was in second place and Elder was the final anchor rider for Canada in the second round. His first six jumps stayed put, but the seventh went down – the only jump to fall. His wait to return to the Olympic Games was well worth it when the final score said:  Canada 102.75, France 110.50, Germany 117.25. Canada had won the gold medal. Individually Elder finished in sixth in the show jumping after losing a bronze medal jump-off.

Munich 1972 marked the end of Elder’s Olympic glory days but he was Canada’s flag bearer in the Closing Ceremony. He continued to compete at Montreal 1976 and Los Angeles 1984 but won no more medals.

In 36 years of competition, Elder won two Olympic medals (one gold, one bronze), five Pan American medals (two gold, two silver, one bronze), and a world title in 1970. He started competitive jumping in 1950 at the age of 16, and six years later he was competing at his first Olympic Games. His first international victory was at the 1959 Pan American Games winning gold in the three-day event with his brother Norman and Tom Gayford.

Graduating from the University of Toronto, Elder had a successful career running a refrigeration company. After retirement, he volunteered with Big Brothers and several other charity foundations and was one of the co-founders of the Toronto Polo Club.

A five-time Olympian, Gilmour Boa captured the bronze medal for Canada in small-bore, prone, 50m shooting at the 1956 Olympic…