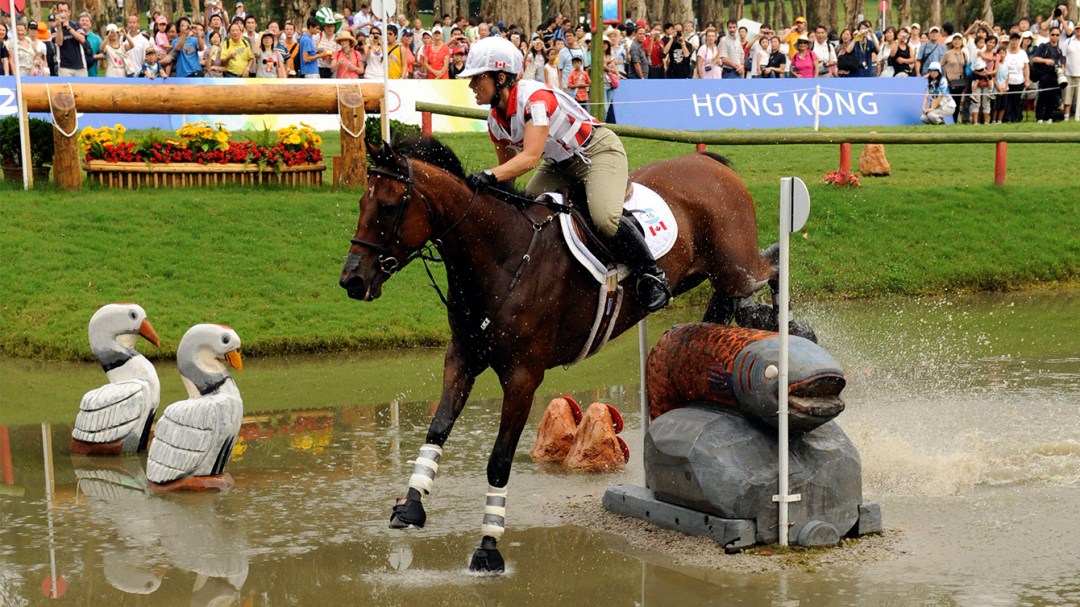 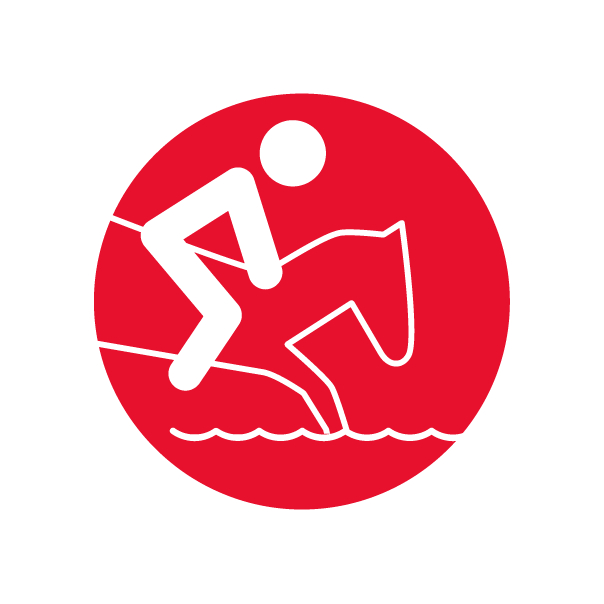 Comprised of three forms of competition – dressage, cross-country, jumping – eventing is considered the supreme test of total horsemanship. Initially intended to test military officers for any challenges that could occur on or off duty, it also provided a basis by which to compare training standards between the cavalries of different countries.

Men and women compete side by side in the individual and team events, which are run concurrently. Scores from the three competitions count towards both events. They begin with a dressage test of the horse’s obedience, flexibility and harmony with the rider in executing compulsory movements.

That is followed by the cross-country test of a horse’s strength, courage, condition, and stamina as riders try to complete a nearly 6km course of 38 to 45 jumps over logs, woodpiles, stone walls, water, and ditches within a time limit. The final day is for the jumping test on a course featuring 11 to 15 obstacles.

Canada’s lone Olympic eventing medal was the bronze won in the team event by Brian Herbinson, James Elder and John Rumble in 1956. Because of strict Australian quarantine laws, horses were not permitted to travel to Melbourne, prompting the equestrian events to be held in Stockholm in June, six months before the Games officially opened. That was the first of Elder’s six Olympic appearances, tied for third-most among Canadians.

Eventing was first included on the Olympic program at Stockholm 1912 and has always featured individual and team events. Through London 1948, only male military officers were permitted to compete. At Helsinki 1952, equestrian events became open to civilians, but women could not compete in eventing until Tokyo 1964 when it became an open gender discipline.

Selena O’Hanlon was first named to the Canadian Eventing Team in 2007 with her horse Colombo. A year later the...