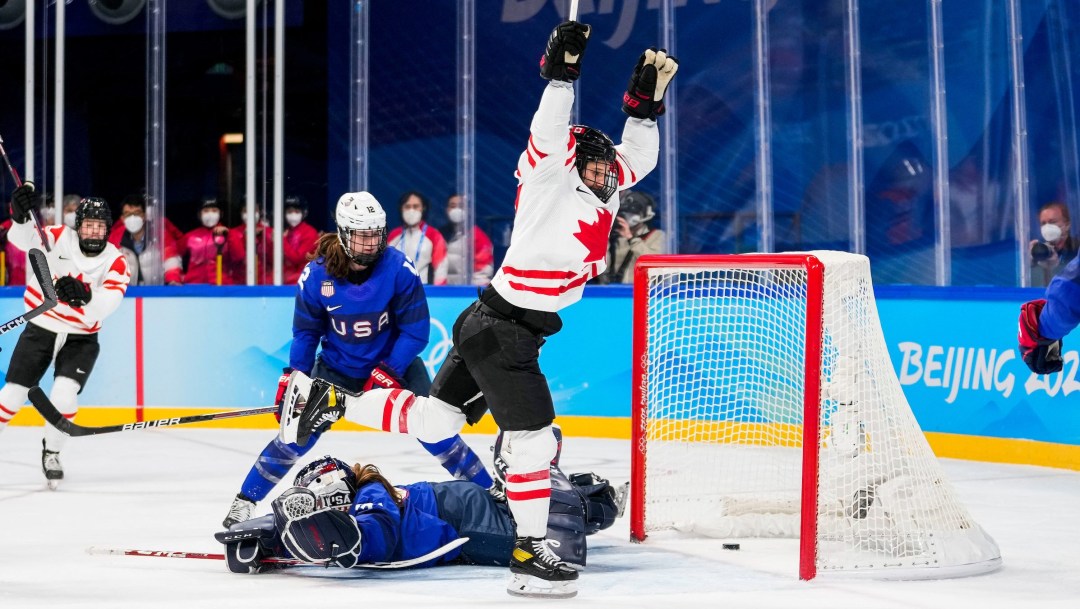 Jamie Lee Rattray made her Olympic debut at Beijing 2022 where she helped Canada win the gold medal. Rattray recorded five goals and four assists in the tournament.

Rattray’s first international appearance with the National Women’s Team was at the 2014 Four Nations Cup where they won the gold medal. She made her debut at the IIHF Women’s World Championship in 2015, winning the first of two straight silver medals.

Rattray was not named to either the 2017 World Championship roster or the Olympic centralization roster ahead of PyeongChang 2018. Although that was difficult to get through at the time, she has since realized it might have been the best thing that could have happened to her.

She returned to the national team for the 2018 Four Nations Cup, winning a silver to go with the one she earned in 2016. In 2019 she played in the Rivalry Series against the United States before making her return to the world championship. She scored three goals and three assists at the worlds, but Canada could only come away with bronze after an upset loss to Finland in the semifinals.

Rattray was named to Team Canada for the 2020 World Championship which was cancelled because of the COVID-19 pandemic. She was named to the team that did compete at the 2021 Worlds where she scored four goals to help Canada win its first world title since 2012.

Rattray first skated with Canada at the 2009 Women’s U18 World Championships. She scored five goals in as many games, helping Canada to a silver medal. The next year, she netted eight points as Canada won its first ever gold at the tournament. She moved up to join the U22 development team in 2012 and 2013.

Rattray played collegiately at Clarkson University where she led the team in scoring as a freshman in 2011. In her second year, she was a nominee for the Patty Kazmaier Award as the NCAA’s top female collegiate hockey player. As a junior she set the school’s single-season points record (52), was named to the ECAC Second Team, and helped Clarkson reach the NCAA Tournament for just the second time. As a senior in 2014, Rattray was named assistant captain and led the Golden Knights to their first ever NCAA title. She broke her own points record and led the nation in scoring (66). She was given the Patty Kazmaier Award as well as named the NCAA Tournament Most Outstanding Player. She was also the ECAC Player of the Year and a First Team All-American selection. Rattray ended her Clarkson career as the school’s all-time leader in points (181).

After graduating, Rattray was selected sixth overall by Brampton in the 2014 CWHL Draft. She had a breakout season after being left out of the national team’s plans in 2018. She won the Clarkson Cup with the Markham Thunder and was awarded the Jayna Hefford Trophy as CWHL MVP as voted by the players. After the collapse of the league in 2019, Rattray joined the PWHPA and skated for the Toronto-based team during the 2020 and 2021 Dream Gap Tours.

A Little More About Jamie Lee

Getting into the Sport: Started playing hockey at age 4… Has wanted to represent Canada since watching Jayna Hefford score against Team USA at Salt Lake City 2002… Outside Interests: Graduated from Clarkson University in 2014 with a Bachelor of Science in Innovation and Entrepreneurship… Works as a skills coach… Enjoys cooking, watching sports, boating at the cottage… Odds and Ends: Won bronze and was the leading scorer at the 2017 Ball Hockey World Championship… Favourite quotes: “We are what we repeatedly do. Excellence, then, is not an action but a habit” – Aristotle / “Without commitment, you’ll never start. But most importantly, without consistency, you’ll never finish.”