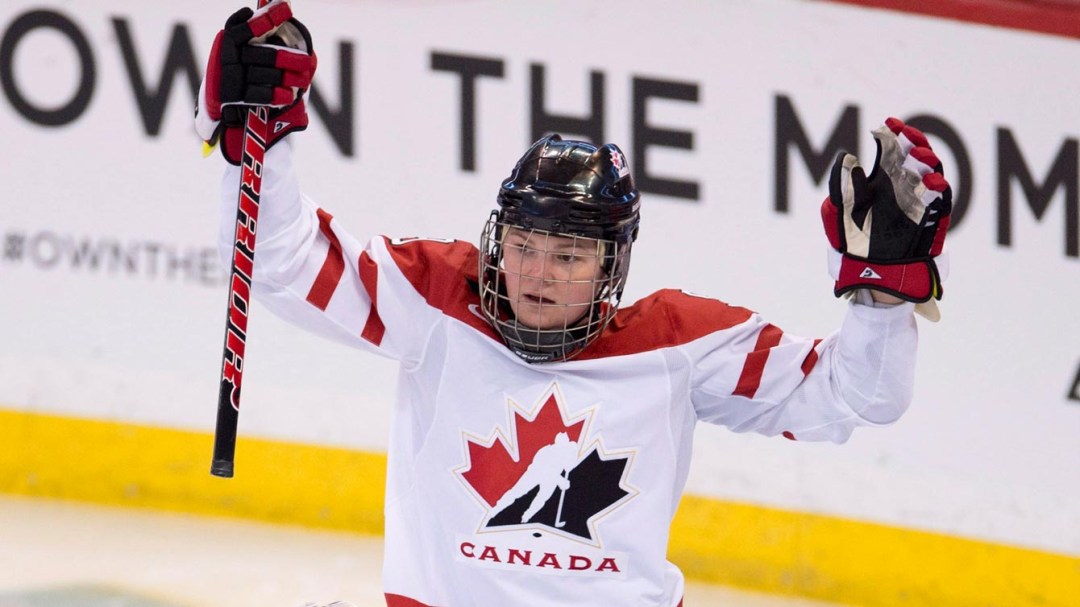 Jennifer Wakefield has been a member of the national team program since 2007. Having played with the national under-22 team, Wakefield was named as an alternate for the 2009 IIHF Women’s World Championship. She was also centralized with the national team in the lead up to Vancouver 2010 but was not selected to the Olympic team. Wakefield would go on to compete in the 2011, 2012 and 2013 World Championships, winning one gold and two silver medals. She made her Olympic debut at Sochi 2014, helping Canada win its fourth straight gold medal in women’s hockey. She followed that with three straight silver medals at the world championships. In 2016, she was one of Canada’s top three scorers with three goals and three assists. In her second Olympic appearance at PyeongChang 2018, she scored two goals en route to the silver medal.

Wakefield began her collegiate career at the University of New Hampshire in 2007-08, helping her team reach the NCAA Frozen Four as a freshman. The following season she was a top-10 finalist for the Patty Kazmaier Award as the top female player in NCAA hockey. After her year of centralization with the national team, Wakefield transferred to Boston University and helped the team reach the championship game of the NCAA Frozen Four in 2010-11.

After graduation in 2012, she was drafted by the Toronto Furies of the CWHL and helped them reach the Clarkson Cup playoffs in 2012-13. After Sochi 2014, Wakefield began playing for club teams in Sweden, splitting the 2014-15 season with the IK Guts Division 3 men’s team and Linköping HC women’s team. She won the Riksserien championship with the latter, leading the playoffs in scoring. She spent the next two seasons with Linköping HC as well, leading the league in goals scored in 2016-17. Wakefield’s previous multi-sport competition experience includes the 2007 Canada Winter Games where she was the leading scorer with 12 goals and eight assists.

A little more about Jennifer

Getting into the Sport: Was first put in figure skates by her parents, but she quickly told them she didn’t want to wear white skates that hurt her feet; the next time out she was in hockey skates while her sisters stayed in figure skates… One day after a learn-to-skate session she saw girls playing ringette but was told it was hockey… Her father told her if she skated for one year, he would enroll her in hockey… Outside Interests:  Spent two years at the University of New Hampshire before transferring to Boston University in September 2010 where she graduated in 2012 with a Bachelor of Art and Science… Enjoys watching documentaries, trying new restaurants, snowboarding, fishing, going to amusement parks… Odds and Ends: Favourite TV show: Grey’s Anatomy… Favourite sport other than hockey is rugby… Favourite motto: It’s not the size of the dog in the fight but the size of the fight in the dog… Collects one puck from each international tournament in which she plays…