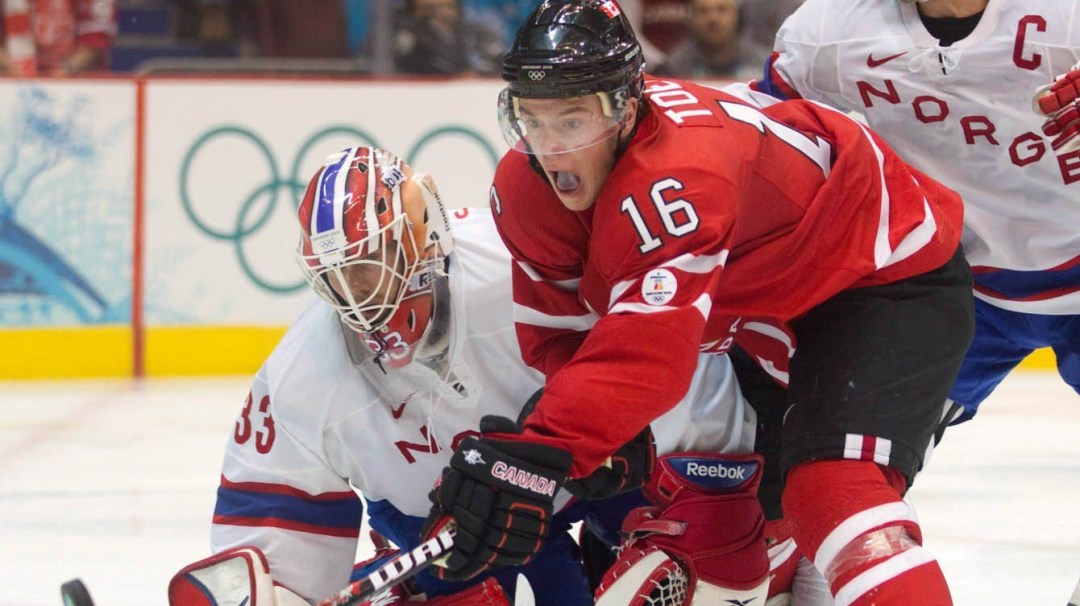 A member of the Triple Gold Club, Jonathan Toews made his Olympic debut at Vancouver 2010 where he led Canada in scoring with one goal and seven assists en route to the gold medal on home ice. Toews was also named the Best Forward of the tournament. Toews returned to the Olympic Games at Sochi 2014 where he helped Canada win back-to-back gold medals, serving as the team’s alternate captain and contributing three points over six games.

Toews first time wearing a Canada jersey was at the IIHF World Under-17 Hockey Challenge in 2005 where he won gold and tallied 12 points in six games for Team Canada West. Toews competed twice at the IIHF World Junior Championship in 2006 and 2007, winning gold both times. In his second go-around, his performance was notable for his record three shootout goals in the semifinal against the United States.

Toews would go on to compete at the 2007 IIHF World Championship, where he became the first Canadian to win gold at the junior and senior world championships in the same year. He returned to the IIHF World Championship in 2008, helping Canada win silver on home ice in Quebec City. Toews also appeared at the 2016 World Cup of Hockey where he served as Canada’s alternate captain en route to gold.

Toews’ NHL career began with him being drafted third overall in 2006 by the Chicago Blackhawks and he has remained with the organization through the 2018-19 season. Toews was awarded the captaincy of the Blackhawks in just his second season with the team. Toews’ individual accolades include: three Stanley Cups (2010, 2013, 2015), one Conn Smythe Trophy (2010), one Frank J. Selke Trophy (2013), and one Mark Messier Leadership Award (2015). With his first Stanley Cup victory, he came the youngest ever member of the Triple Gold Club at just 22 years and 41 days old.

Toews was inducted to the Canadian Olympic Hall of Fame in 2012 with his teammates from the 2010 Olympic hockey team.