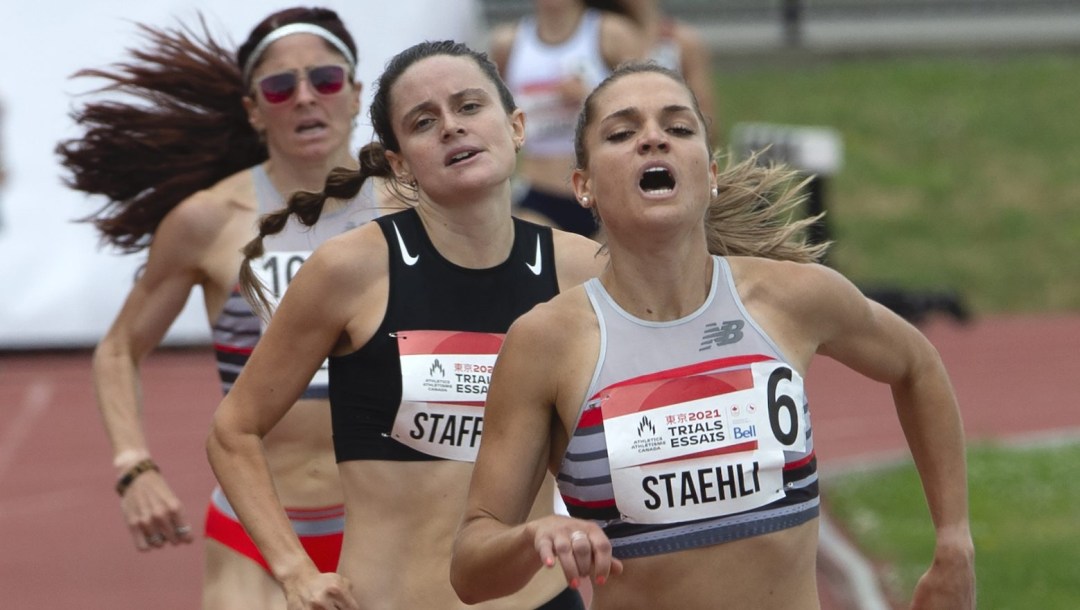 In 2020, Staehli ran the second-fastest indoor 3000m ever by a Canadian woman as she broke through the nine-minute mark for the first time. She would lower her personal best to 8:47.73 in February 2021.

Heading into the 2021 outdoor season, Staehli had never broken the 16-minute mark in the 5000m. By the end of May, she had lowered her personal best to 14:57.50, putting her under the Olympic entry standard in the event. She did not advance from the first round of the 5000m in her Olympic debut at Tokyo 2020.

Staehli ran collegiately at Queen’s University. With the Gaels she was fifth in the 1500m indoor at the 2013 and 2014 CIS Championships. She won the CIS cross country and 3000m indoor titles in 2014. After overcoming an eating disorder that she dealt with throughout her university career, she returned to the CIS Indoor Championships in 2017, winning bronze in the 3000m and finishing sixth in the 1500m. She finished her time at Queen’s as the first five-time All-Canadian in school history, being named the Female Varsity Athlete of the Year in 2017.

A Little More About Julie-Anne

Getting into the Sport: First joined the cross-country team at school at age 10… Outside Interests: Enjoys reading at coffee shops, spending time with family on vacations to warmer spots, playing other sports… Earned her Bachelor of Arts, Honours in Health Studies in 2016 from Queen’s University and is working on her Masters of Science in Sport Psychology from Western…  Co-Founder and Lead Organizer of The ReRUN Shoe Project, collects and donates lightly used running shoes to local communities in three cities across Canada… Would like to pursue a career in sport education… Odds and Ends: Always collects her bib numbers… Favourite motto: “Dreams don’t work unless you do.” -John C. Maxwell