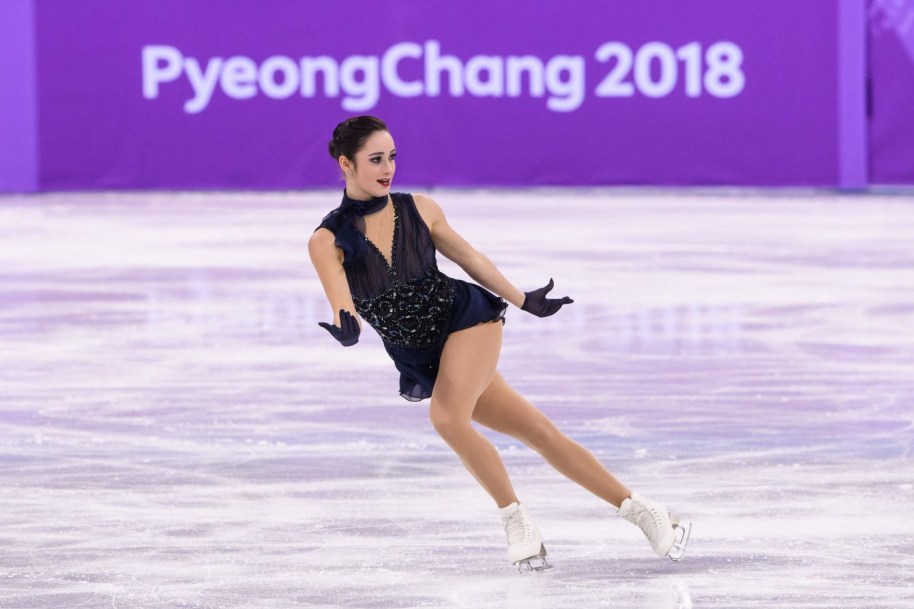 In 2018, Kaetlyn Osmond became Canada’s first women’s singles world figure skating champion in 45 years. That was just a month after she won two medals at PyeongChang 2018, capturing bronze in women’s singles and helping Canada win gold in the team event.

Osmond helped make Canadian history at the 2017 World Championships where she won the silver medal to share the podium with bronze medallist teammate Gabrielle Daleman. It was the first time two Canadian women had stood together on the world championship podium.

Earlier in the season, after winning silver at both her Grand Prix events, Osmond had become the first Canadian woman to qualify for the ISU Grand Prix Final since Joannie Rochette in 2009. Those results had been long-awaited for Osmond, who had won gold at her first senior ISU Grand Prix event, Skate Canada International, in October 2012. But she then had several seasons derailed by injuries.

She withdrew from her Grand Prix events in the fall of 2013 due to a hamstring injury, but rebounded to win her second straight Canadian title in January 2014, qualifying her for Sochi 2014 where she helped Canada win silver in the inaugural Olympic team event. Osmond then missed the entire 2014-15 season with a broken right fibula that required two surgeries to first implant and then remove a plate and seven screws. She spent the 2015-16 season re-learning how to compete.

Osmond had burst onto the national scene at the 2012 Canadian Championships where she won the short program en route to a bronze medal, just a year after placing sixth in the junior ranks. In her world championship debut in 2013, she placed a surprising fourth in the short program before ending up eighth overall.

She claimed her third national title in 2017. Osmond returned to the top of a Grand Prix podium at Skate Canada International in October 2017. She went on to win bronze at the Grand Prix Final in December, the first Canadian woman to win a medal at that event since Rochette in the 2004-05 season.

A little more about Kaetlyn

Getting into the Sport: Started skating at age two… Followed her older sister Natasha into figure skating and pushed herself to be as good… It was only during the Closing Ceremony at Sochi 2014 that she realized what the Olympic Games were all about, rather than just another competition… Leaving The Rock: During the late 1990s her family travelled to Montreal during the summers so that Natasha could train… When Natasha moved to Montreal fulltime, the family followed in 2005… It was while in Montreal that Kaetlyn’s potential as a skater was realized… The family then moved to Edmonton because her father Jeff, who had been an offshore oil worker in the Persian Gulf, was ready to return to Canada fulltime… Outside Interests: A big book lover who loves love stories… Also enjoys binge-watching TV shows on Netflix… Studying communications online through Athabasca University… Odds and Ends: After she won the 2013 Canadian title, Marystown, NL erected signs at the three entrances to the town recognizing it as her home… The town’s arena was re-named in her honour in April 2014… Favourite Olympic memory is watching Joannie Rochette win bronze at Vancouver 2010…  Favourite quote: “Never let the feat of striking out keep you from playing the game.” – Babe Ruth…