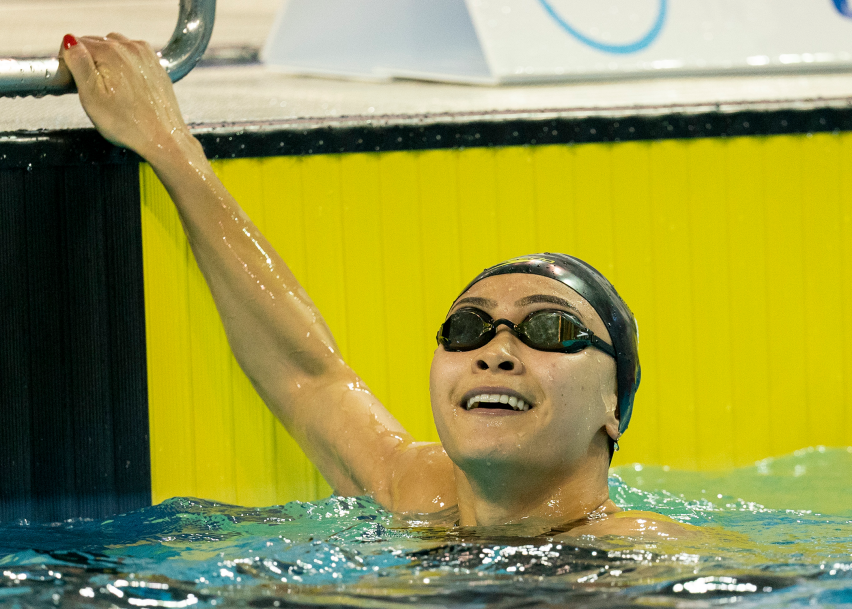 Kayla Sanchez won two medals in her Olympic debut at Tokyo 2020. She swam the leadoff leg for the women’s 4x100m freestyle relay that won silver and was the anchor swimmer in the heats for the women’s 4x100m medley relay that went on to win bronze. She was also part of the fourth-place finish in the 4x200m freestyle relay. Individually, Sanchez was 10th-fastest in the heats of the 100m freestyle but elected not to start in the semifinals.

She qualified for the Tokyo 2020 Olympic Team by winning the 50m freestyle at the Canadian Olympic Swimming Trials in June 2021. She added another Olympic qualification with a silver in the 100m freestyle, finishing behind Penny Oleksiak and just edging out Margaret Mac Neil for the second Olympic slot.