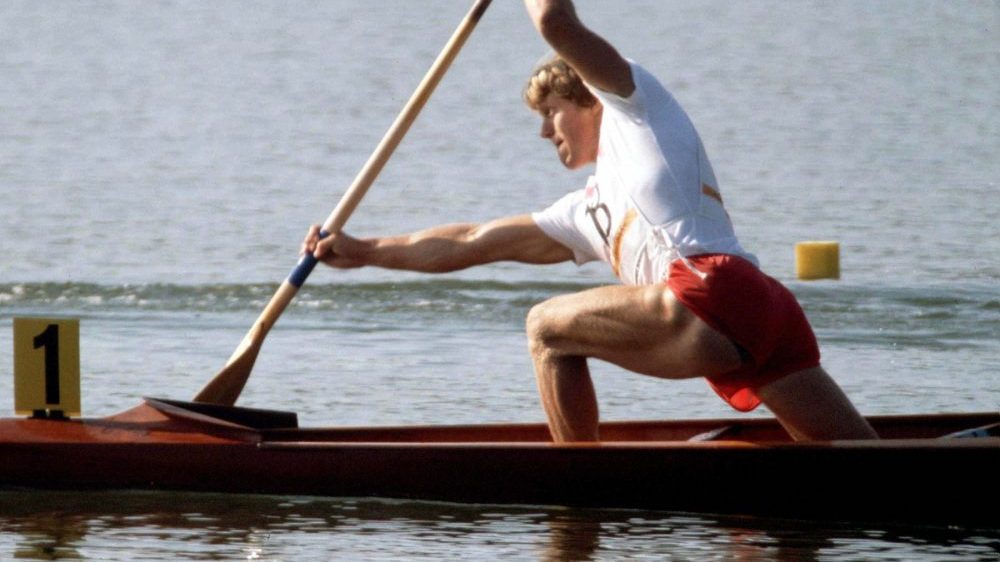 Larry Cain made his Olympic debut at Los Angeles 1984, the first of his three Olympic appearances and the pinnacle of his career. With his classic Hungarian style and strong finish, Cain took a commanding lead and upset the favourites in the C-1 500m by over a second, making him the first Canadian since Frank Amyot at Berlin 1936 to win Olympic gold in canoeing. The following day, Cain captured a silver medal in the C-1 1000m. He finished just off the podium in fourth in the C-1 1000m at Seoul 1988. His third and final Games was at Barcelona 1992 where Cain only competed in doubles with David Frost, ending his Olympic career with two top-10 finishes –  ninth in the C-2 500m and seventh in the C-2 1000m.

Cain was one of Canada’s most consistent paddlers. In a national team career that spanned 17 years and 75 Canadian titles, Cain started canoeing at the age of 11 inspired by watching on television the performance of Canada’s John Wood winning the C-1 500m silver at Montreal 1976. He won the 1981 World Junior Championships in the C-1 500m and C-1 1000m – the first Canadian in over 40 years to win a gold medal in canoeing at the international level. He also won a silver medal in the C-1 1000m at the 1989 Canoe Sprint World Championships in Plovdiv, Bulgaria.

Cain was named Canadian Athlete of the Month four times. He retired from competition in 1996 and worked as a physical education teacher St. Mildred’s-Lightbourn School in Oakville, Ontario until 2014. Cain’s love affair with the sport kept him involved as a coach, motivational speaker and mentor. He continued to paddle recreationally and estimates paddling over 2500km per year since his start in 1976. In 2016, Cain founded an online paddle-training company called Paddle Monster for stand-up paddle boarding.